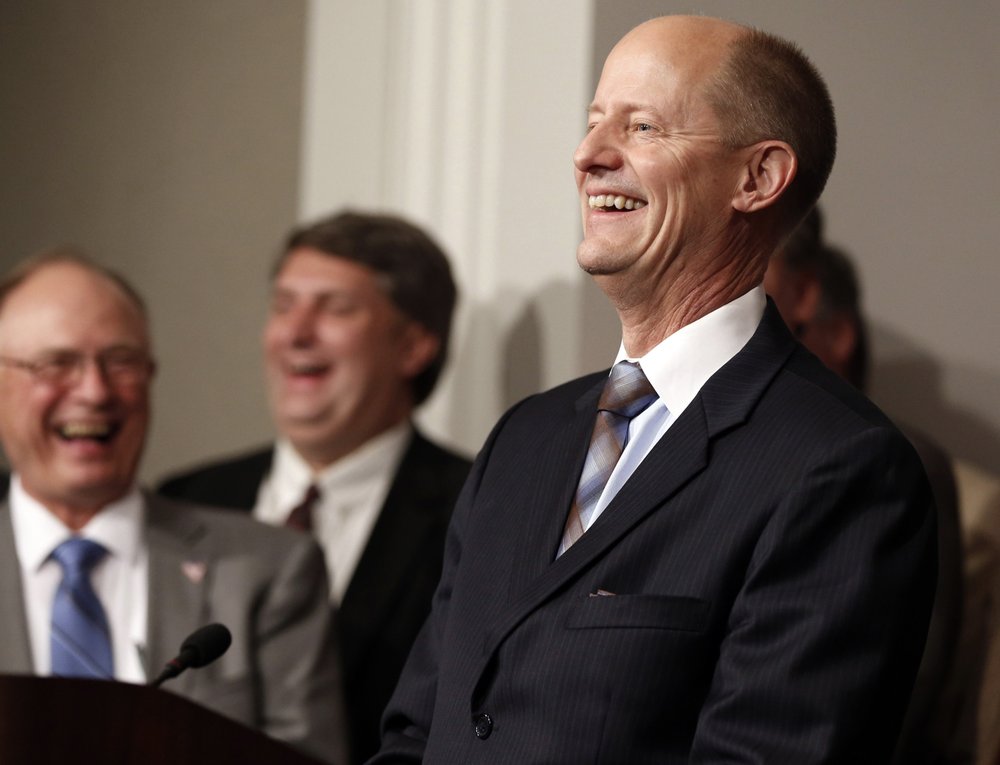 ST. PAUL, Minn. (AP) — Republicans who control the Minnesota Senate unveiled a budget framework Thursday that they said would balance the state budget without raising taxes or making painful spending cuts, setting up what will be difficult negotiations with a Democratic governor and House majority.

The Senate GOP leaders said the two-year budget would spend $47.6 billion overall, roughly $1.75 billion less than the governor’s proposal. But comparisons with his budget or a set of broad targets released by House Democrats last week are difficult because they count spending differently, and the legislative proposals are much less detailed.

The most important differences are that the Republican proposal does not include Democrats’ proposals to raise the state gas tax by 20 cents, a 70 percent increase, to pay for road, bridge and public transit improvements. It also does not preserve an expiring 2 percent tax on health care providers that helps fund health programs. Democrats say the gas tax hike is needed to ensure a stable long-term funding source for transportation projects, and that letting the provider tax lapse would blow a huge hole in the budget.

Senate Democratic leaders expressed skepticism about the GOP plan. Assistant Democratic Leader Susan Kent said that while Republicans claim their plan would merely slow the growth of spending in most areas, it would ultimately mean cuts in services, such as education, when factoring for inflation.

“It looks like accounting gimmicks and fuzzy math to me,” she said.

Senate Majority Leader Paul Gazelka said he, Walz and Democratic House Speaker Melissa Hortman have laid the groundwork and set timetables that should enable them to reach agreements and meet the May 20 adjournment deadline.

“It’s never easy, it won’t be easy this time, there’s going to be a lot of stuff that both sides want that in the end is not going to happen, but what will happen is we’ll pass a good balanced budget that Minnesota can be proud of,” Gazelka said at a news conference.