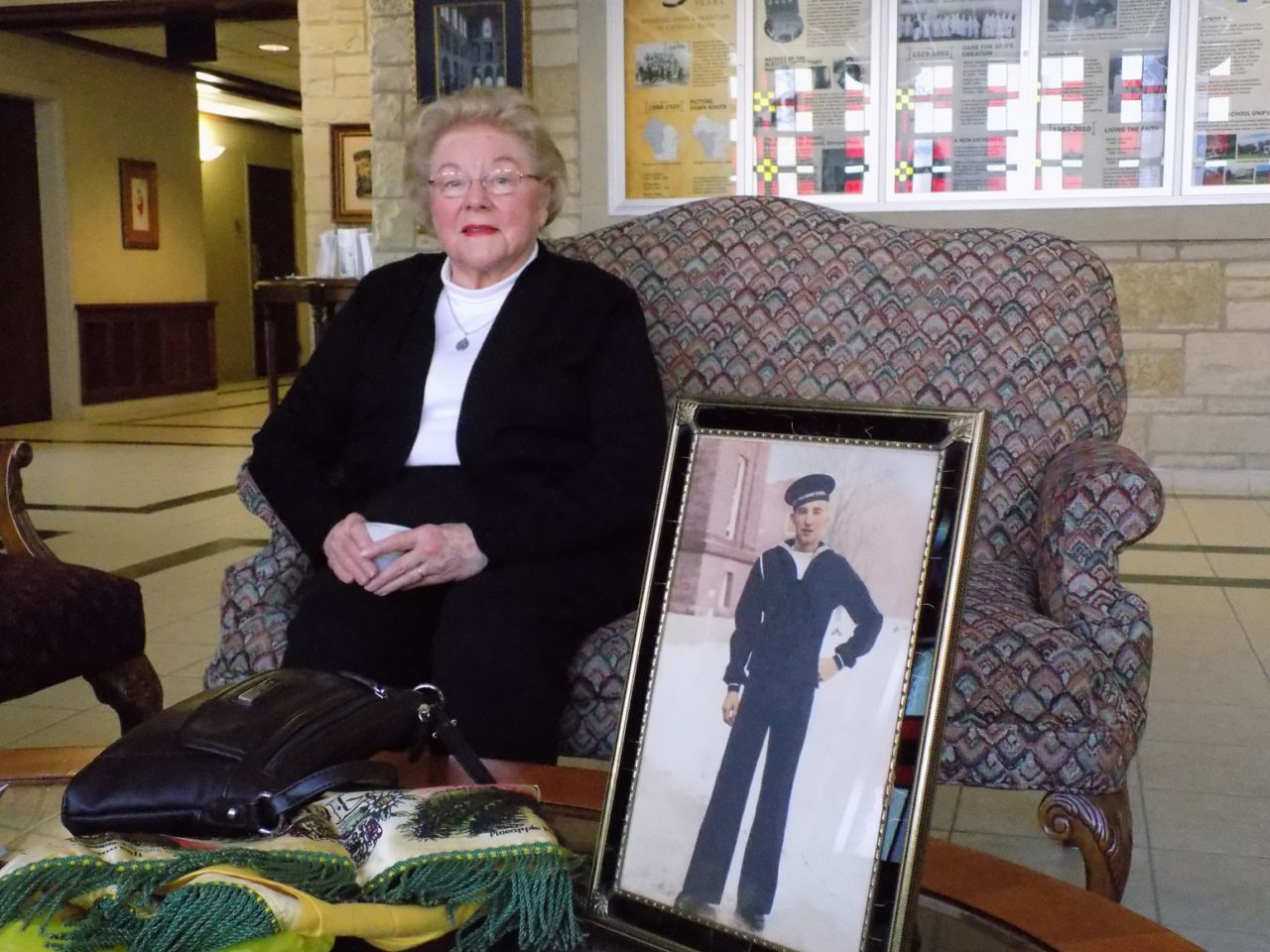 Mary Ann Lyden of La Crosse sits next to a photo of her uncle, George Naegle, who was killed in the attack on Pearl Harbor in 1941

A La Crosse sailor, who died in the attack on Pearl Harbor in 1941, will be buried back in his hometown of La Crosse this weekend.

The remains of 22-year-old George Naegle were identified by the Defense Department last year.

Naegle had been buried in Hawaii, after being killed in the bombing of the Oklahoma at Honolulu.

Naegle’s niece, Mary Ann Lyden of La Crosse, has been making arrangements for a military funeral and burial.

Naegle was a signalman on the Oklahoma. He, presumably, had just finished duty and gone to sleep when the early morning attack happened.

Lyden was just 5 years old when the attack happened, and she remembers Naegle being present at family gatherings such as Fourth of July parties.

Saturday’s military funeral will be at St. Joseph the Workman Cathedral in La Crosse, at 10:30 a.m., with burial later at Catholic Cemetery.