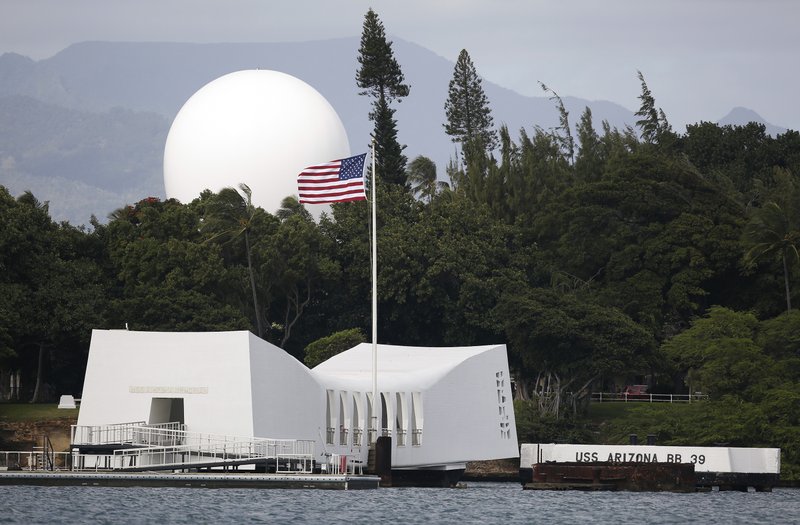 FILE - This Dec. 27, 2016 file photo shows the USS Arizona Memorial at Joint Base Pearl Harbor-Hickam, Hawaii. The memorial received thousands of sightseers Sunday, Sept. 1, 2019, for the first time since its closure by the National Park Service after its dock was partially submerged and cracks were found in May 2018, Hawaii News Now reported. (AP Photo/Carolyn Kaster, File)

NEW LONDON, Wis. (AP) — U.S. military officials announced that the remains of three brothers from Wisconsin who were killed in the attack on Pearl Harbor have been identified.

The Oklahoma was moored at Ford Island when it was attacked by Japanese aircraft on Dec. 7, 1941. Officials say the ship sustained multiple torpedo hits, which caused it to quickly capsize. It resulted in the deaths of 429 crewmen.

The military said the brothers were accounted for on June 10, 2020.

The Navy ship USS Barber, launched in 1943, was named in their honor.