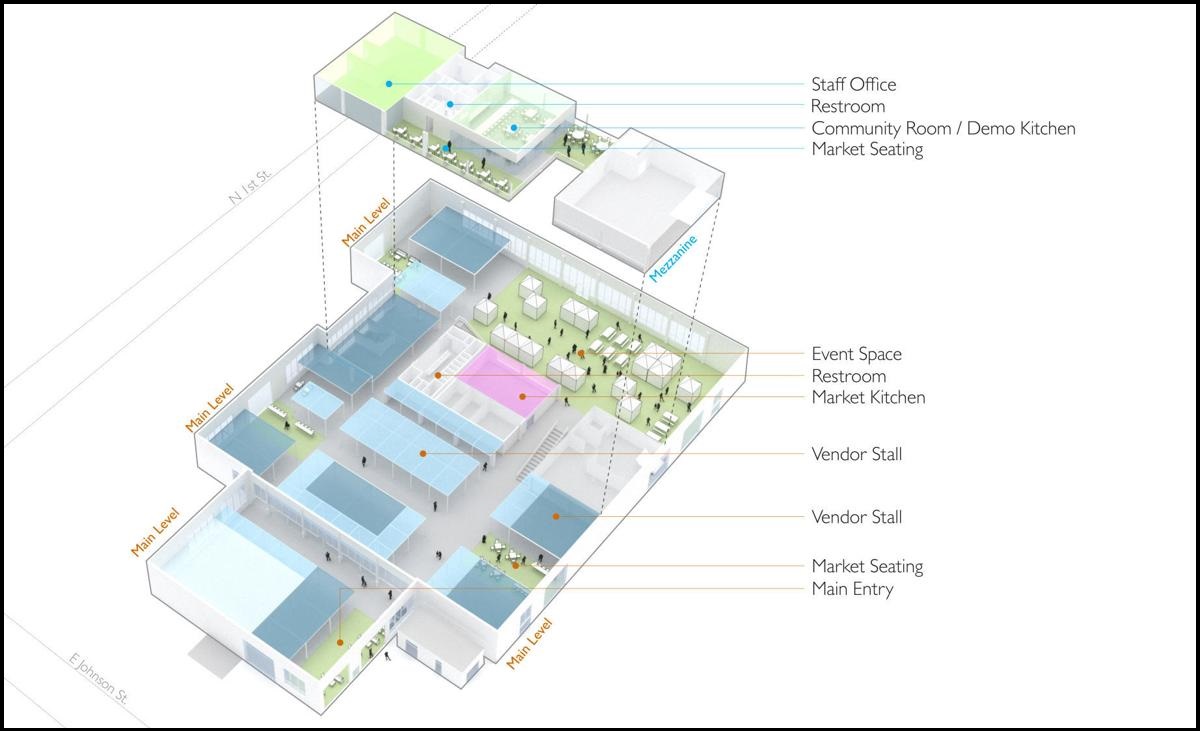 MADISON, Wis. (AP) — While the city of La Crosse ponders a public market, Madison officials finally have a plan in place.

The city is planning to turn a 66-year-old city industrial building into a year-round community destination for fresh produce, ethnically diverse and locally prepared food, and handmade arts and crafts.

Advocates noted they have been attempting to build a public market for at least 14 years.

The $13.2 million Madison Public Market could have as many as 45 permanent retailers, plus a revolving combination of pop-up and provisional vendors, the Wisconsin State Journal reported. The market’s forthcoming home will be at the city’s Fleet Services building on the East Side.

The city’s MarketReady program is already backing 30 entrepreneurs chosen from 83 applicants as they look to launch or expand businesses at the market. The participants are comprised of 33% first-generation immigrants, 63% women and 83% people of color.

The structure, located on 3.4 acres of city-owned land, provides 45,000-square-feet of space. The building has three huge service bays, all with high ceilings, plenty of windows and tall service doors.

A second-floor mezzanine overlooks two large bays at the Fleet Services building. The 5,600-square-foot mezzanine could be used for neighborhood gatherings and dining after the building is transformed into the public market.

Fleet Services, which is responsible for maintaining the city’s vehicles, will now relocate to a new facility at Nakoosa Trail in 2020 with a subsequent groundbreaking for the market coming that fall. The market is set to open in fall 2021.

The nonprofit Madison Public Market Foundation will oversee and run the facility. The city will retain possession of the building.

The city has included $7.5 million for the market in the capital financial plan.

The foundation has already raised $4 million, which includes $2.5 million for the building plan and $1.5 million for future market operations.

The foundation anticipates $3 million in federal new market tax credits. State and federal subsidies and tax incremental financing, commonly known as TIF, could also be used to fund the project.