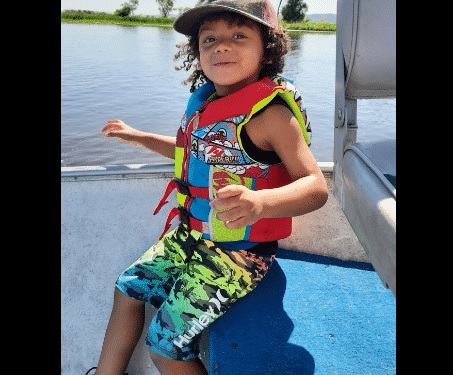 A small crowd of family and friends attended the funeral Saturday in Madison for Major P. Harris, the 3-year-old Onalaska boy who was the subject of statewide searches before his body was discovered in Milwaukee.

The search began in mid-October after police found that his mother, Mallery Muenzenberger, was shot and killed. A week later, police discovered that Harris was also shot and killed, body found in a dumpster.

Family members who attended the child’s funeral Saturday said they were still trying to process what happened but the memories help to ease the pain.

A private funeral was held in La Crosse earlier last week for Muenzenberger.

A suspect in the case, Jaheem Clark, apparently killed himself as police arrived at his residence.

A statewide Amber Alert had been issued for Harris, days after he and his mother had been reported missing.

The boy’s father decided to have his son buried in Madison, over objections from Muenzenberger’s family, who wanted the boy buried in La Crosse.