Help for homeless needed amid pandemic

Even cloud of pandemic has a silver lining

Even masks have become political

Now is the time for election reform

Despite what they told us, the switch has been flipped

Is it too soon for more help?

Shared services may be answer to budget woes

Now the time to determine which businesses are really essential

Coronavirus experts should be able to talk to anyone 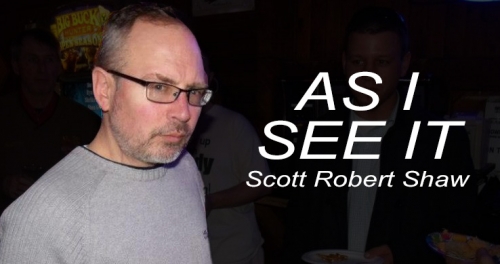 One week ago, we used this airtime to condemn democrats in the Wisconsin Legislature. It turns out we were wrong. At issue was the honoring of members of the Wisconsin Air National Guard, who were brought before the state Legislature to be honored for their service helping secure the nation’s southern border. They were ordered there by former Governor Scott Walker, but later ordered home by Governor Tony Evers. According to a news story distributed by the Associated Press, republicans in the legislature applauded the members of the military, but democrats sat silent. In our editorial, we criticized the democrats, arguing that these troops should not be slighted for their service, and that all legislators, regardless of party, should recognize these guard members. But it turns out the Associated Press story was inaccurate. I have since seen a video of the event that debunks the Associated Press version of events. While democrats in the legislature did sit silent when one republican legislator made a point about the need to better secure our border, they did in fact applaud, just as loudly as republicans, when the troops were formally recognized. We apologize to our state democratic lawmakers for condemning them based on inaccurate information, and felt the need to set the record straight. It is good that all of our state lawmakers did the right thing and honored our troops for following their orders.

Scott Robert Shaw serves as WIZM Program Director and News Director, and delivers the morning news on WKTY, Z-93 and 95.7 The Rock. Scott has been at Mid-West Family La Crosse since 1989, and authors Wisconsin's only daily radio editorial, "As I See It" heard on WIZM each weekday morning and afternoon.