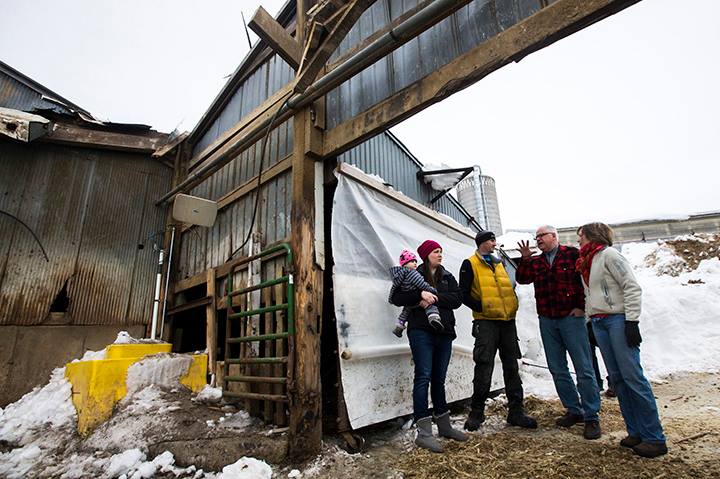 Walz and Sen. Tina Smith met with dairy farmers near Altura in southeastern Minnesota on Saturday. Dozens of barn roofs have collapsed in Minnesota because of heavy snow, with farms in the southeastern part of the state especially hard hit.

Walz calls dairy farms “the bedrock of the economy and their communities.”

Smith says the damage to barns and herds is following low prices for dairy products. She calls it “a double whammy.”

A bill in the Legislature would help get loans and insurance payments to affected farmers as soon as possible, according to the Post Bulletin.

Farmer Rob Kreidermacher, however, said he’s not sure how much money his family can afford to borrow.