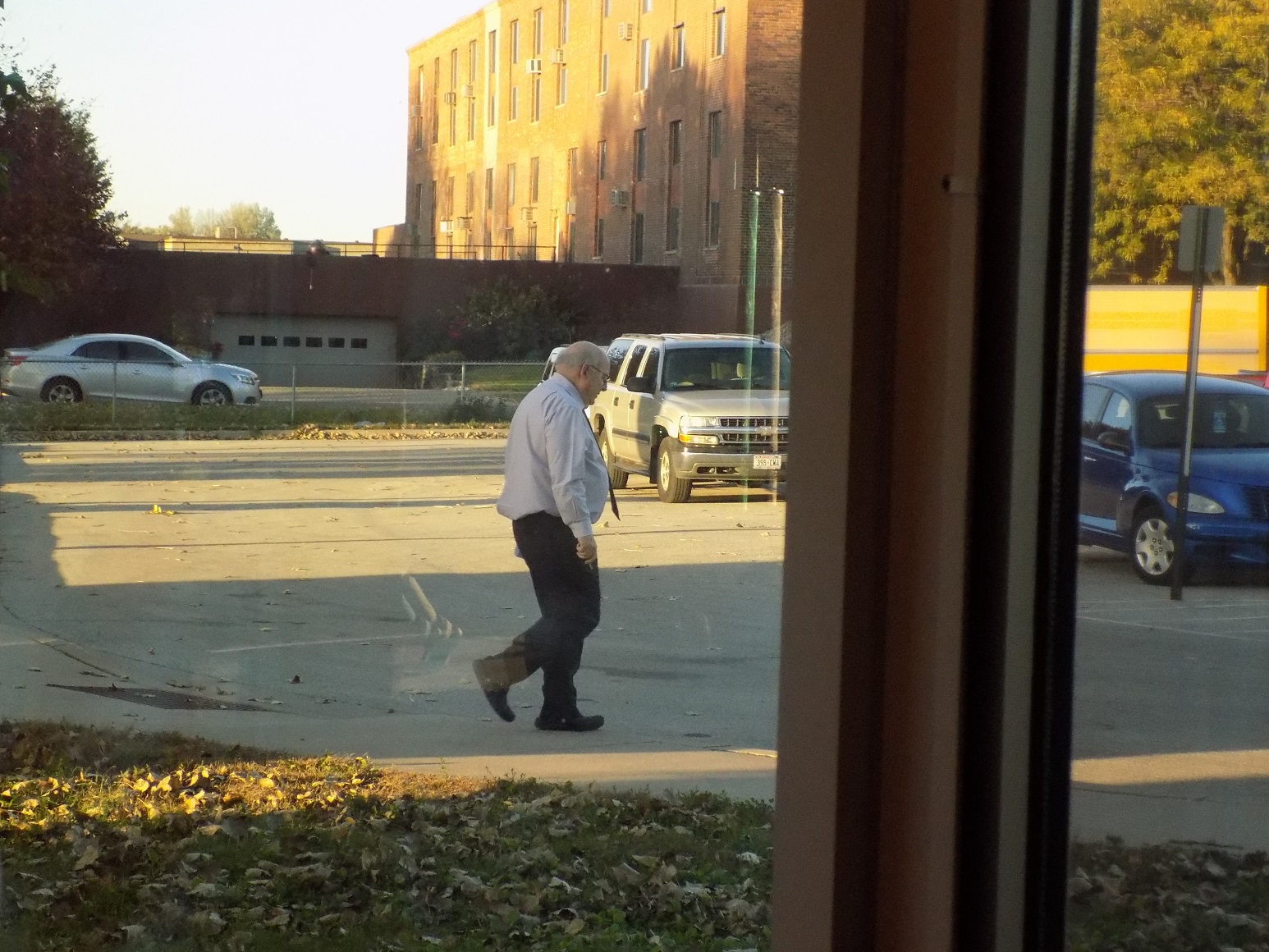 Steve Carlyon, leaving the building the day he announced his retirement to the park board back in October.

After 11 years, Steve Carlyon called it a career for the La Crosse Parks and Rec. Department.

Officially retired from city government, Carlyon came on WIZM one last time, to let it all out on New Year’s Eve.

OK, he didn’t really throw anyone under the bus, but the Air Force veteran did talk about how he wasn’t afraid to battle with city leaders, who didn’t like certain department projects.

Carlyon believes many people have been won over with how well those projects turned out, like the renovations at Grandad Bluff Park.

“It was like, ‘Why should we spend the money?'” Carlyon told Mitch Reynolds, who also signed off from a WIZM career on NYE (listen to the show here). “It was a lot of money, about $1.4 million.

“I think at the end of the day, it’s something that, in the next 30-40 years, people will look back and say, ‘Yeah, maybe that was the right thing to do.'”

Carlyon waited to announce his retirement until after groundbreaking of the All-Abilities Trane Park, which will permit people with different abilities to use a public playground.

Carlyon said that was part of why he waited to retire, to make sure that park was going to be built.

He also talked of other projects, including one he credited Reynolds for inspiring — the idea of improving Hood Park and renaming it after Olympic athlete and La Crosse High School graduate, George Poage.

“We’re trying to change the name of Hood Park, which I had been unsuccessful for three years,” Carlyon explained, noting, then that Reynolds gave him this no-brainer of an idea to rename it after Poage.

So, again, a no-brainer to rename the park.

“So I got deeply into the story of George Poage,” Carlyon continued. “Took it to the Neighborhood Association. There were a hundred or some people there, all unanimous saying that was the way to go.”

Before that, he worked at an Air Force base in Ohio. Much of Carlyon’s 47-year career in government was spent in the military or working on military bases.

Jay Odegaard is the interim park director, while the search for a successor to Carlyon continues.