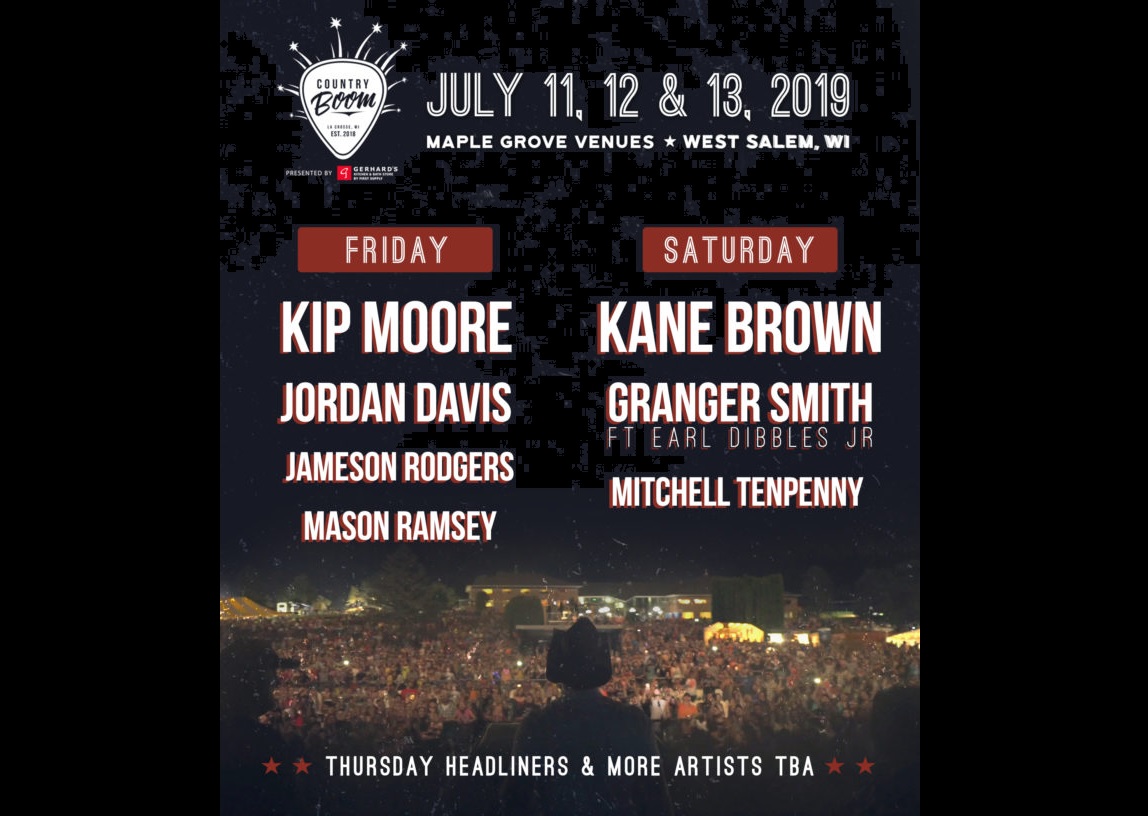 The game has been upped and the lineup has been announced.

Country Boom in West Salem continues again in 2019, after annoucing its lineup Monday.

Headliners for the July 11-13 festival include Kip Moore and Jordan Daivs on Friday, while Kane Brown and Granger Smith will headline Saturday from the Maple Grove Venues.

“We made a big impression this year on that Friday when it was raining out and had a little bit of mud and stuff like that,” Holthaus said. “The fans still came out, they still supported us and they had a great time.

“That kind of resonated saying, ‘Hey these people in this area really like country music and their sticking through it no matter what.'”

Those muddy conditions drew comparisons with another popular music festival.

“Woodstock only lasted one year,” Holthaus said of the 1969 festival in Bethel, New York. “We’re not only coming back for year two, but we’re coming back bigger and better and stronger. We’re excited to annoucne the lineup and get moving.”

Other performances will include Mason Ramsey, Jameson Rodgers and Mitchell Tenpenny.

Also, tune in to KQ98 for chances to win tickets.