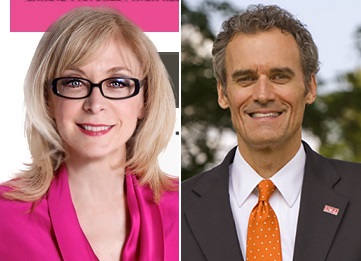 A speech by an ex-porn star at the University of Wisconsin-La Crosse a month ago is still in the news.

News came out Wednesday that UW-L Chancellor Joe Gow was reprimanded in an email earlier this month by UW System President Ray Cross for his handling of the speech given by Nina Hartley.

The consequences could include Gow having his raise withheld, as well as an audit of the chancellor’s discretionary fund going back to 2016, which Gow welcomes.

Gow insists it was a good event and doesn’t quite get all the controversy since.

“You know she’s spoken in the past on campuses, including Berkley, Dartmouth, Ohio State,” Gow told WIZM. “And there didn’t seem to be this level of interest in it, so it is a little surprising.”

“It seem like this is somebody we would not hear from every day. I thought it was a very successful event and then we moved into this phase of great controversy.”

Gow added they would like to have a follow-up event, so people can express what they got out of the speech. It’s something the school often does with speakers and other guests on campus, Gow said.

Here is Cross’ letter to Gow:

Furthermore, I found out about this controversial event, as did several members of the Board,
through the media after the event – neither you nor your staff briefed us prior to it becoming
public. Even you recognized this would be a “controversial issue” but you did not brief my
office prior to your interview with the media or prior to it being released by the media. In light
of my prior cautions about your interactions with the media and your need for a public
information officer, this should not have happened.

This incident has prompted many to question the sources and uses of the Chancellor’s
Discretionary Fund. As we continue to struggle for greater financial independence and public
trust, your decision to spend money from this fund on a one-sided lecture by an “… [adult
entertainment] performer, educator, and …. activist” unfortunately, puts all of our funding at
risk. I fear your actions also detract from our budget request and our capital plan, which should
be one of your highest priorities.

Therefore, you are being reprimanded for exercising poor judgment and for a lack of
responsible oversight with respect to the use of state funds. This will impact your salary
adjustment which, along with all the other chancellors, will be before the Board in December.
Additionally, I will be calling for an audit of the sources and uses of the Chancellor’s
Discretionary Fund for fiscal years 16, 17, 18 and 19 to date.

This Letter of Reprimand will be added to your file and become part of future evaluations.