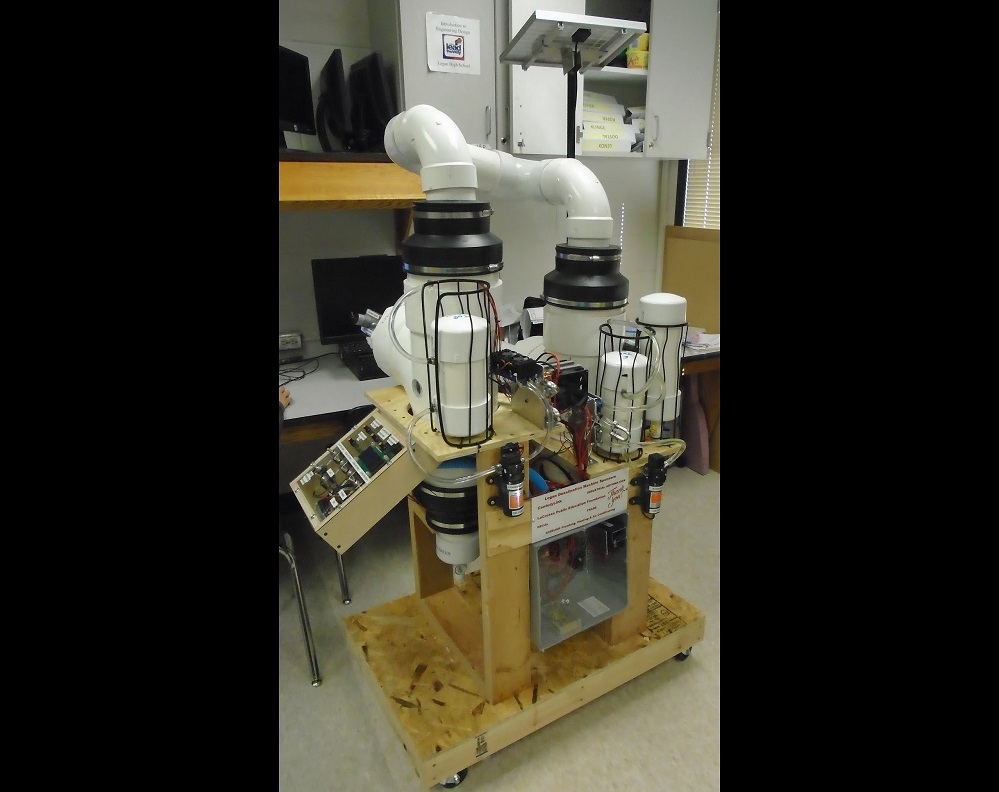 Two classes built the desalination machine in about three months. It can produce a half liter of drinking water an hour.

Page Treakle, who will be a senior in the fall, says it’s unlike anything she has ever done.

“It’s really exciting to be a part of that because, in most of your everyday classes, you are sitting through lectures and not really getting to participate in something that could really affect the world but this does,” she said.

Several businesses chipped in with assistance in parts, tech support and coming up with the scope of the project.

“We simply heat the salt water in one tank and we condense the vapor into clean drinking water into the cold tank,” she said. “When someone applies voltage to a thermocouple, one side will become hot and the other side will become cold.”

The classes have done other projects in the past, including creating an exoskeleton arm, as well as a robot car.