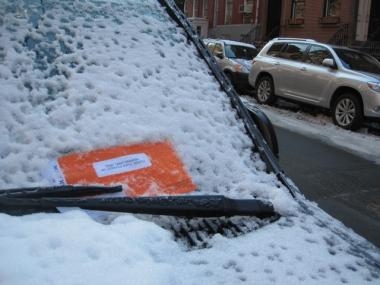 With the impending snowstorm expected Tuesday, the City of La Crosse’s superintendent of streets has declared a 48-hour snow disposal period.

What that means is, beginning at 6 a.m. Tuesday, alternate-side parking isn’t just being enforced at night, it’s being enforced for the entirety of those 48 hours.

“This will be a good test to see what kind of compliance we get,” La Crosse asst. police chief Rob Abraham said. “We hope we get 100 percent compliance and we issue zero parking citations.”

Abraham added that he cannot remember, in his 28 years, the municipal ordinance of snow disposal (44-107) ever being enforced.

“Under the ordinance, you are subject to having your vehicle removed,” Abraham noted. “That is an option out there if necessary.”

Police posted on Facebook, “This is in effect for ALL day and throughout the ENTIRE city. The La Crosse Police will allow a grace period between 9 p.m.-midnight.”

Alternate-side parking changed this year, ending March 15 — 15 days earlier than in previous years. Regardless, this ordinance would still take affect.