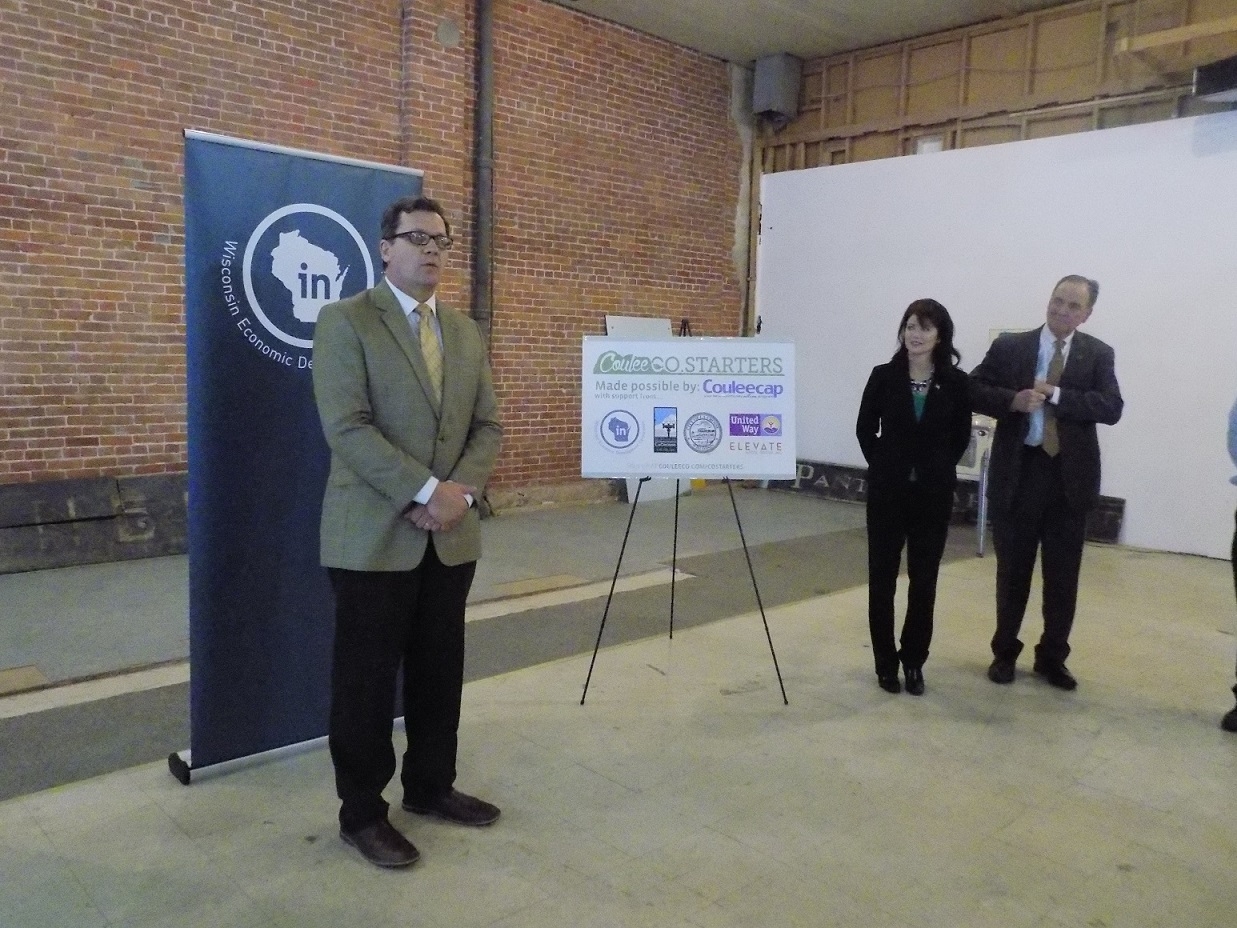 “Couleecap has taken the idea of entrepreneurship and seized it and spread it across,” Kleefisch said, “not only (its recipients) but also infused it in kind of the culture of the Coulee region.”

Kleefisch said in helping people start their own small businesses, Couleecap is trying to fight poverty in the region through economic development.

“I think this will benefit, not only downtown La Crosse, but the entire Coulee region,”Kleefisch said. “But, I also think it will serve as an example to the rest of the state to potential applicants for these grants next year.”

Kleefisch also noted the region has natural advantages, such as the Mississippi River, the college culture and a small-town atmosphere.