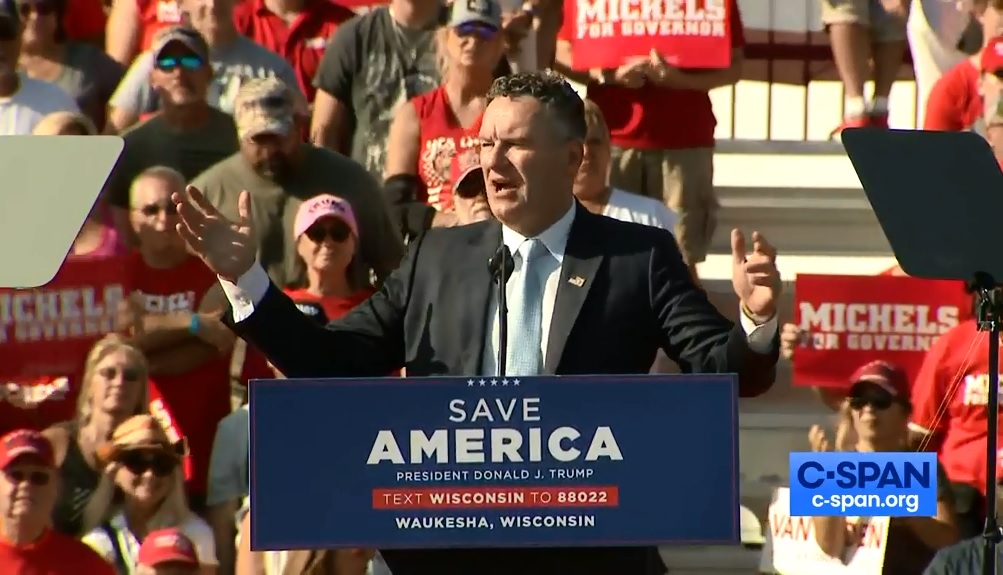 UW-La Crosse political science professor Anthony Chergosky, Ph. D., in studio for La Crosse Talk PM on Friday, as Donald Trump holds a rally on the other side of the state for his GOP governor candidate.

As we discussed that race and other primaries, the number of diapers a baby uses an hour and how even the Cracker Barrel is now politicized, Chergosky rattles off the tweets coming out of that Trump rally. We also break down why there’s a Trump rally in a very Republican district.