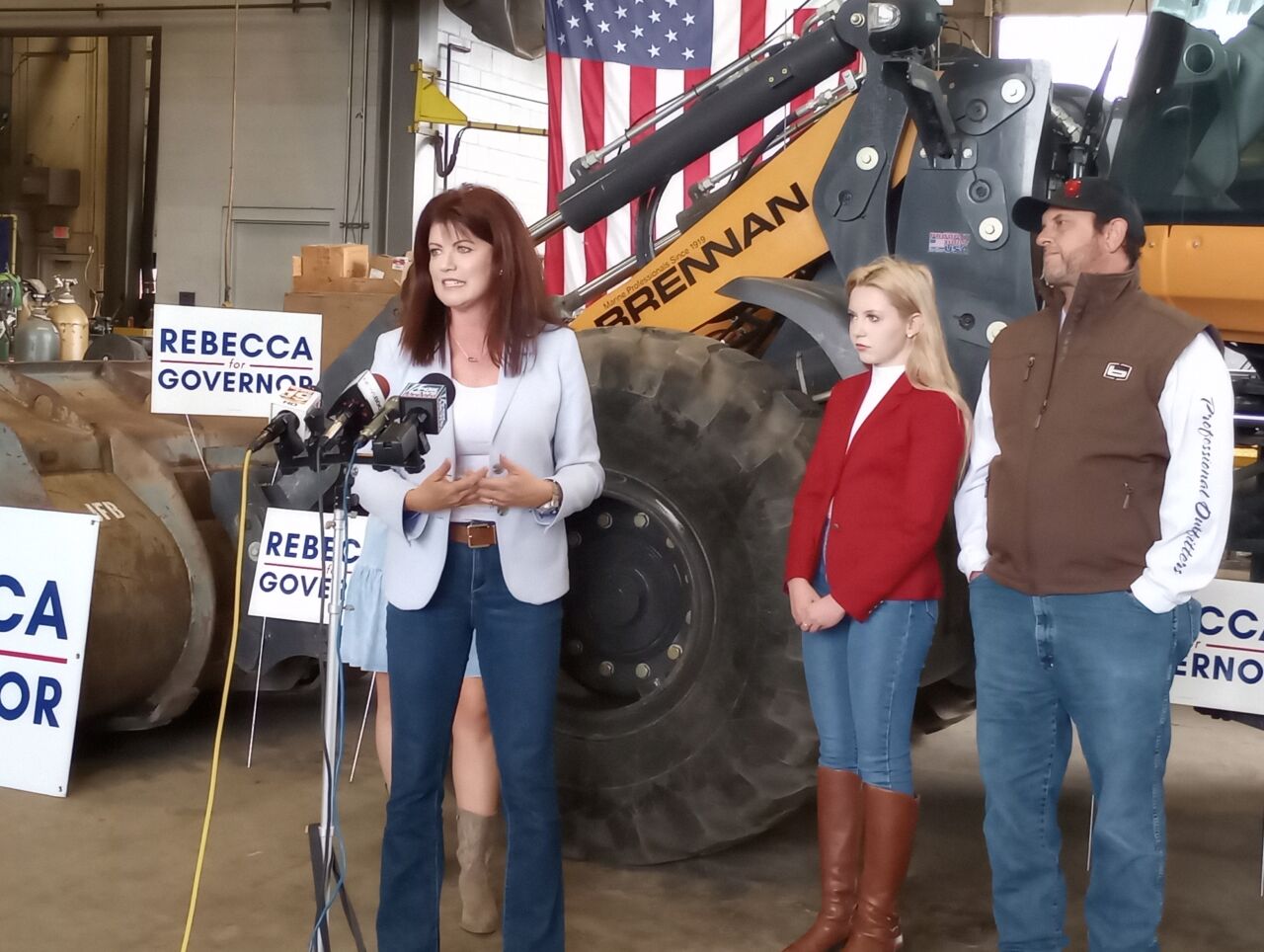 The day before a primary, candidates often try to visit as many places as possible to reach voters.

Republican Rebecca Kleefisch, running for governor of Wisconsin, spent a little campaign time in La Crosse on Monday morning, as part of a whirlwind travel day, which started in Madison, and included scheduled stops in Eau Claire, Wausau, and Green Bay.

Her husband Joel and their two daughters were also traveling with the candidate.

“You all know me, and you know that that is a typical day at work,” Kleefisch told local reporters during a stop at the J.F. Brennan Company on French Island, a couple of miles from the La Crosse airport. “This has been my promise from the beginning to the voters of the state, that I will not be outworked. Not as a candidate, not as governor.”

Kleefisch, the former lieutenant governor, is running in the Republican primary against businessman Tim Michels and state Rep. Tim Ramthun.

Kleefisch said taxes, schools, and the criminal justice system in Wisconsin all need to be improved after a term of Evers in office.