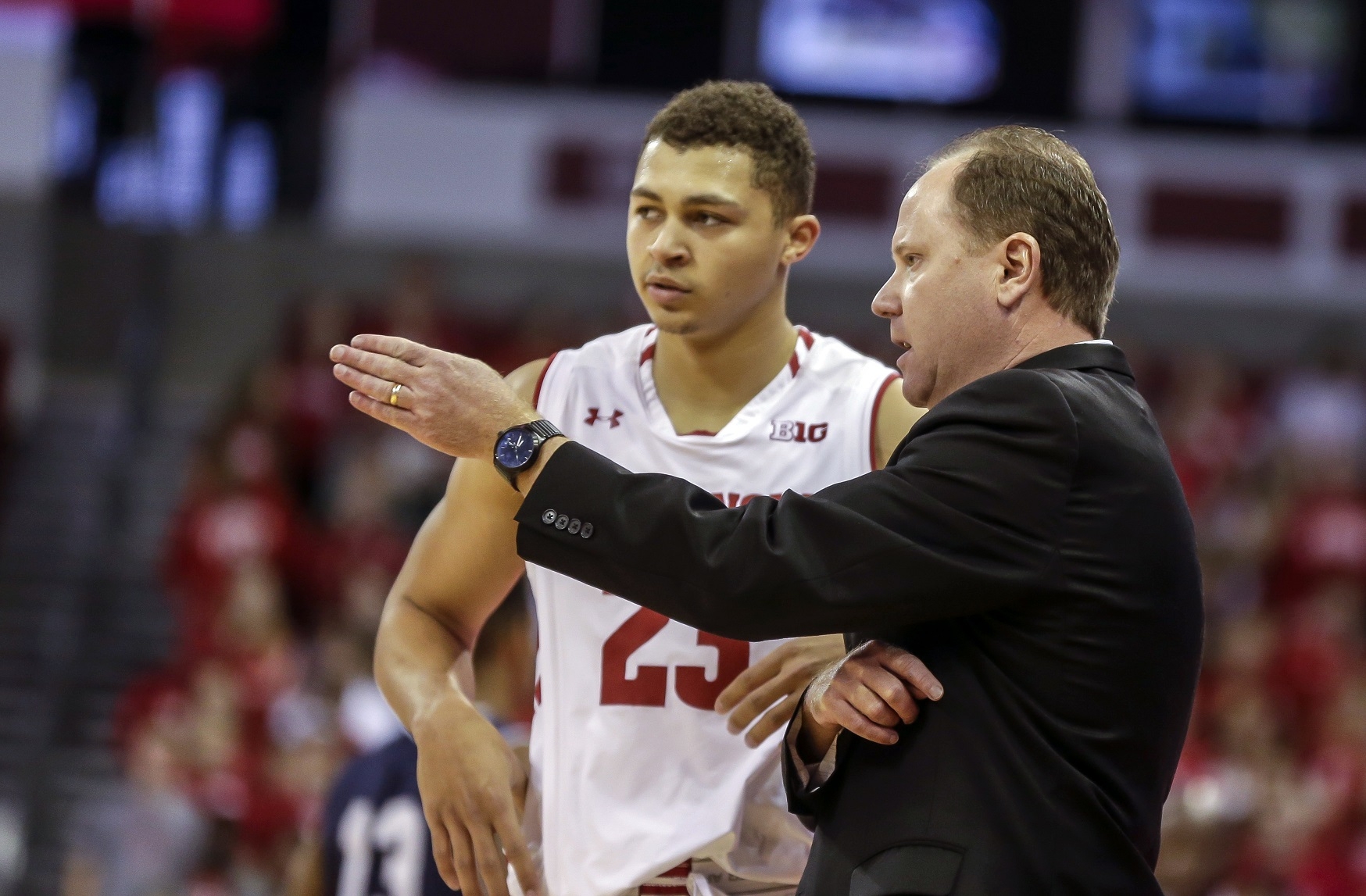 The Badgers made the announcement just before taking the court against Marquette on Saturday. All that’s known is King has a knee injury.

The freshman and Central High graduate was coming on of late for Wisconsin, which lost to Marquette 82-63 at the Kohl Center. King had played five consecutive games over 20 minutes off the bench, and was averaging 6.5 points his last six games.

D’Mitrik Trice was also announced out for the Badgers. The sophomore guard that was averaging 9.5 points will have surgery on his right foot Monday and won’t begin rehab for at least two weeks after the procedure.

In the win at the Kohl Center, Marquette (7-3), which was up 41-32 at half, shot a blistering 14 of 22 from beyond the arc, including a combined 11-for-13 effort from starters Sam Hauser Andrew Rowsey.

Wisconsin, again, struggled from the field, going 23-for-54 (42.6%). Freshman Brad Davidson led the Badgers with 20 points, while Ethan Happ added 17 but had five of the team’s 12 turnovers.