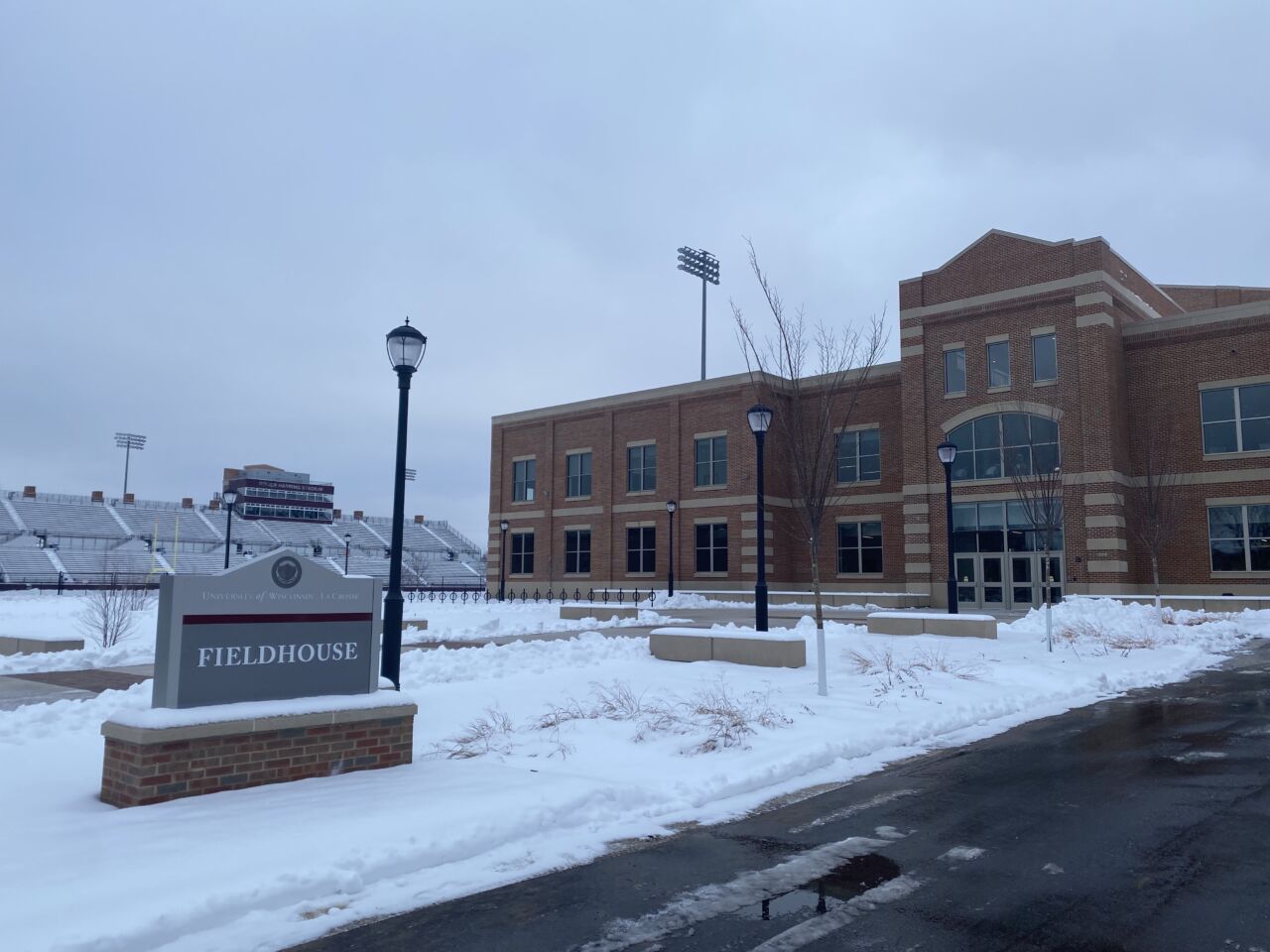 The spring semester kicks off this week at the University of Wisconsin-La Crosse and students, both athletes and non, finally get to experience the brand new fieldhouse, which opened earlier this month.

The fieldhouse has been in the works for nine years. Construction started two years ago.

The 140,000-square-foot facility was estimated to cost $49 million, half of which was funded by students, which was approved by a student referendum.

The plan originally came about after a conversation about the limited space for athletes — specifically gymnastics in Mitchell Hall.

“The idea came up, ’What if we built a new fieldhouse, and then we could remodel the old one for gymnastics and some other space needs that Mitchell Hall had?’” said Scott Schumacher, the director of planning and construction.

The new fieldhouse has a competition track for indoor meets, a non-competitive second story track for training. The infield has room for volleyball, soccer, and other recreational sports.

According to Schumacher, the fieldhouse is unique in the fact that it will be used by three different student groups.

The fieldhouse hosted its first indoor track meet this past weekend, and have two more scheduled this semester.

Nickolas Davis, the head coach of women’s track and field, said that being able to host indoor meets was something the university hasn’t done in a long time.

“It’s tremendous, the amount of morale boost it’s given our teams,” Davis said. “We have a great outdoor facility … but now to have something on par with that indoor, it’s changed the game for us.”