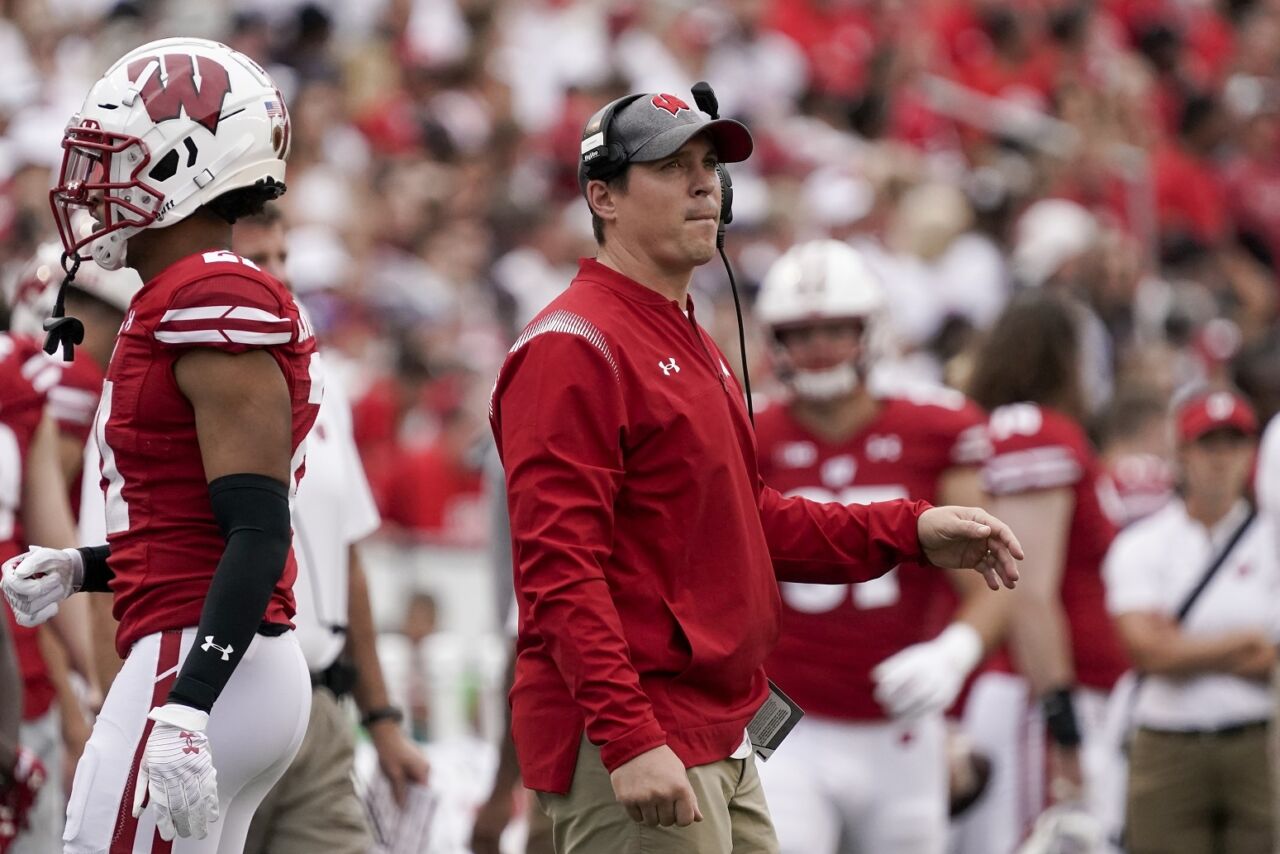 FILE - Wisconsin defensive coordinator Jim Leonhard watches during the first half of an NCAA college football game against Penn State in Madison, Wisc., Saturday, Sept. 4, 2021. Wisconsin has produced defenses that have ranked among the nation’s stingiest virtually every year since Jim Leonhard took over as coordinator in 2017. Leonhard faces perhaps his biggest challenge in maintaining that standard this year. (AP Photo/Morry Gash, File)

Wisconsin has fired head coach Paul Chryst after a 2-3 start to his eighth season leading his alma mater.

The surprising move comes a day after Wisconsin lost at home 34-10 to Illinois and former Badgers coach Bret Bielema.

Chryst is 67-26 since taking over as coach of the Badgers in 2015. But the program has been backsliding.

Chryst had double-digit win seasons in four of his first five years at Wisconsin and has gone 33-19 since, including 15-12 in the last 27 games.

Leonhard, who went to Flambeau High School in northern Wisconsin, was an All-American at Wisconsin. The 39-year-old former NFL defensive back has been part of Chryst’s staff for seven seasons and is considered one of the top assistant coaches in the country.