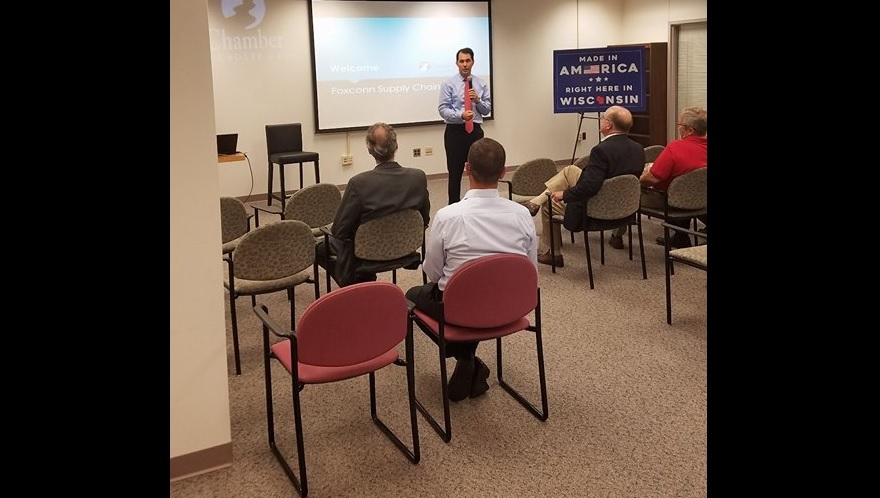 Walker was in La Crosse on Tuesday to talk with economic development leaders at the La Crosse Chamber of Commerce as he explain how the acquisition of Foxconn could help the Coulee Region.

Walker chided Shilling for putting politics ahead of the well being of the state.

“Wisconsin Sen. Jennifer Shilling appears to be going down the path of being more cynical about politics,” Walker said. “Some of the same people criticizing this for years have said, ‘We want good paying, family supporting jobs.’

“But now that they’re good paying, family supporting Foxconn jobs, they’re against it.”

Of the many concerns heard during the listening session last week from Shilling and Rep. Jill Billings about Foxconn coming to Wisconsin, the destruction of environment was one.

Walker tried to temper those concerns.

“The law is clear, even with the changes we’re proposing, it’s really about time. It doesn’t change what the law is. So, Foxconn, like any other company in the state, is going ot have to live up to clean air, clean land, clean water.

Walker says Democrats are purposely misleading the public with things like the environment and return on investment to make him look weaker politically.