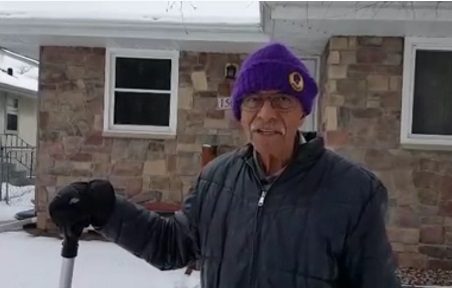 Another neighbor interviewed and thanked him

ST. PAUL, Minn. – A 101-year-old St. Paul man is receiving praise for shoveling the sidewalk of his traveling next-door neighbor after a light snowfall.

Richard Mann is seen shoveling snow on the walkway leading to his neighbor’s house in a video recorded about a week ago by another neighbor. The video (below) had over 800,000 views early Friday.

The neighbor who recorded the video said he usually tries to shovel Mann’s sidewalk, but this time the 101-year-old beat him to it.

Mann said he wanted to help his next-door neighbor because he was out of town and he figured he could use the exercise.

He assured the neighbor that he wasn’t going to overexert himself because he knows his limitations.

My neighbour is 101 years old… Check out Mr. Mann