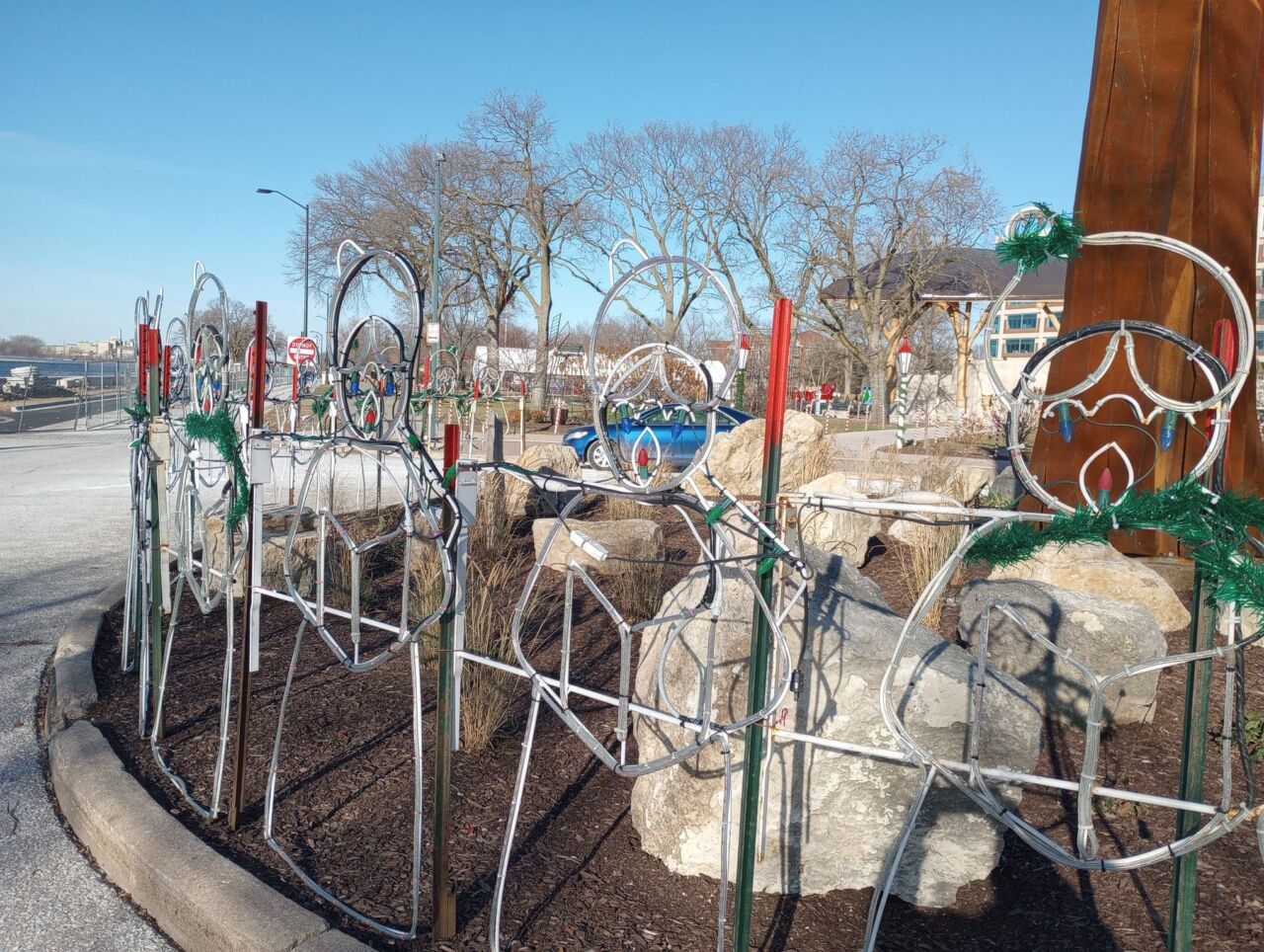 Part of the Rotary Lights display on Nov. 20, 2022, the weekend before the site at Riverside Park in La Crosse goes live. (PHOTO: Brad Williams)

The final touches for the Rotary Lights holiday display are being added this week in La Crosse’s Riverside Park.

Rotary Lights president Pat Stephens on WIZM’s La Crosse Talk that some new animated displays are being introduced this year, such as Santa paddling a kayak and lighted angel wings that people can pose in front of for pictures.

The light show with more than millions of lights will go live just after 5 p.m. Friday, when the holiday parade goes through dowtown.

Organizers and La Crosse Police are informing visitors ahead of time about the new route for driving through the park, as well.

The traditional entrance from the north, by way of 2nd Street onto State Street, won’t be used this year as a way of reducing some long lines of cars.

Drivers will enter and exit the park to and from the south, on Front Street, going past the La Crosse Center.

“I label this as a noble experiment,” Stephens said, “so we’ll see how this works this year.”