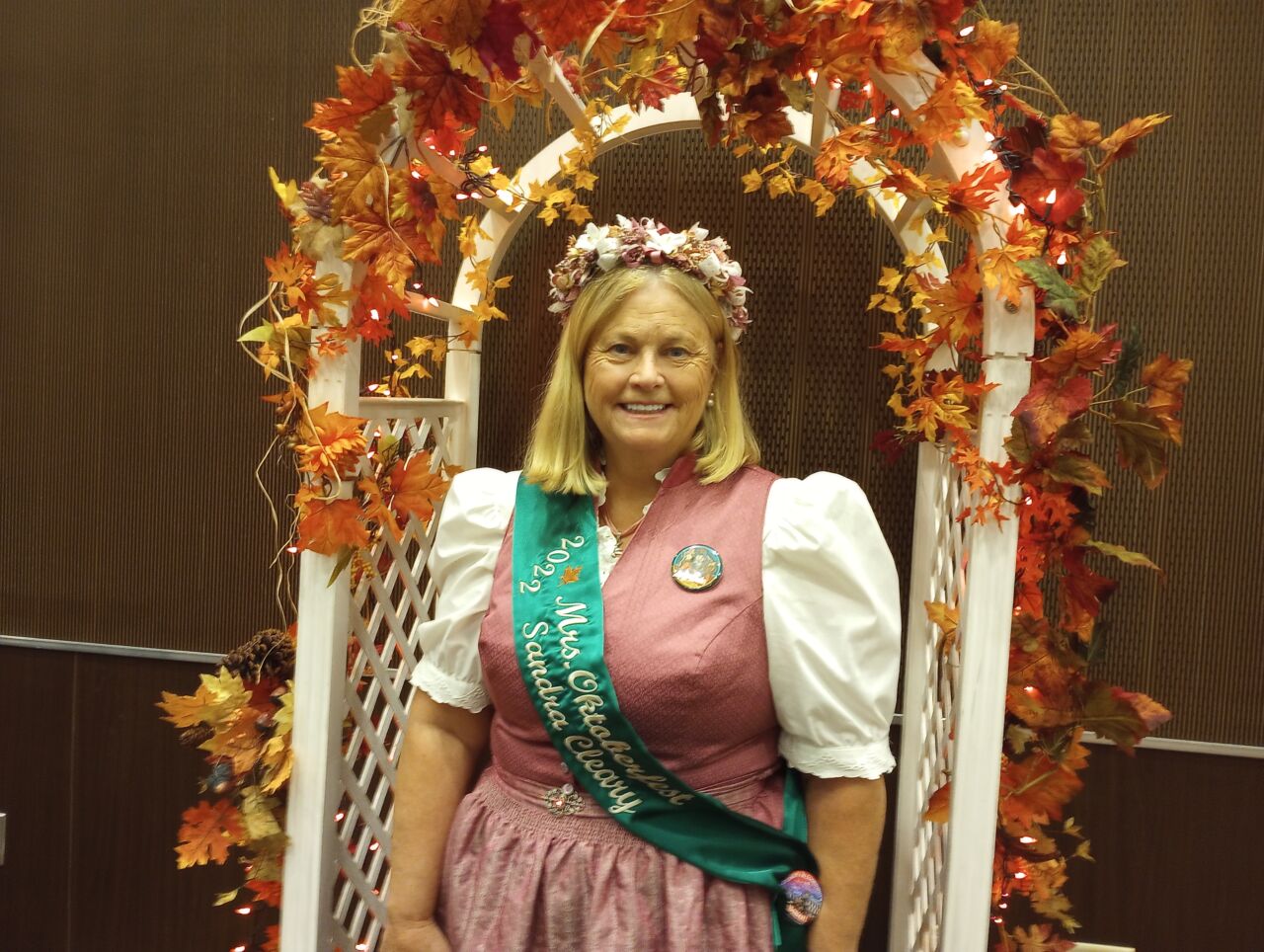 The new Mrs. Oktoberfest for 2022 in La Crosse is a third-generation member of fest royalty.

Sandra Cleary was introduced as this year’s Mrs. O at a Saturday night banquet on the UW-La Crosse campus.

Her father, Russ Cleary, and grandfather Roy Kumm, were both leaders of the G. Heileman Brewery.

Kumm was the third person to serve as festmaster, earning that honor in 1964. Russ Cleary became festmaster in 1989.

Sandra has been active in Oktoberfest as a director over the years. She is eager to see many of the fest traditions from a different angle as a member of the royal family.

Her theme as Mrs. Oktoberfest is “Unity in the Community.”

She has been active with the Boys and Girls Club, United Way and Rotary Lights. She also serves on the city of La Crosse Park Board.

The Festmaster for 2022 will be introduced Wednesday, the night before Oktoberfest opens, at the Festmaster’s Ball.

Meanwhile, the Oktoberfest medallion was found around 9:30 a.m. Saturday, after six clues. Cavan Jefferson and Hanna Bauer discovered the medal on the upper ORA trails near Wilder Way.