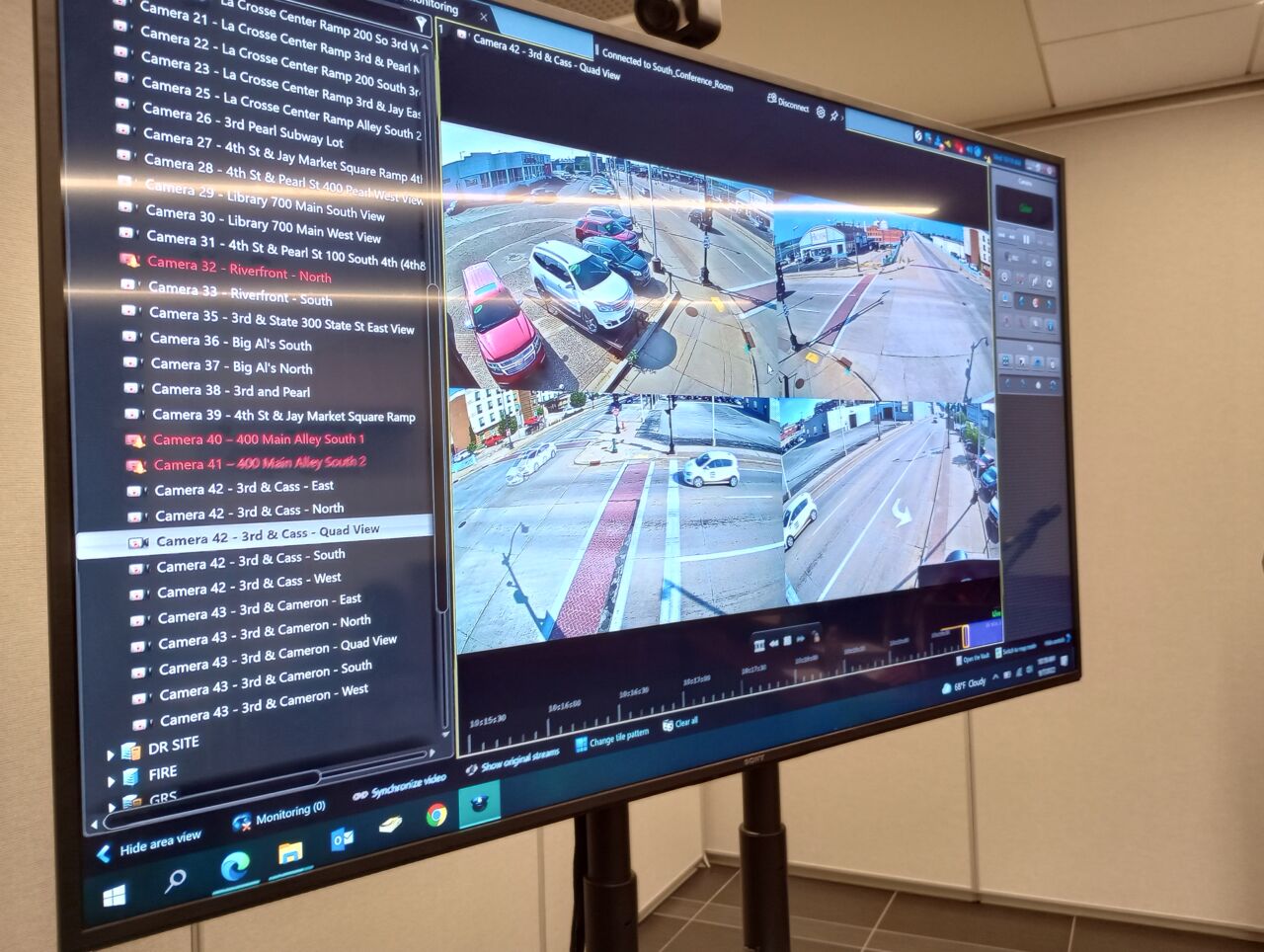 A campaign to bring more security cameras to downtown La Crosse is being launched.

The City Vision organization wants to raise $50,000 to place new, high-quality cameras close to the river, according to group spokesman Mike Keil.

“We’re proposing to add cameras along our riverfront,” Keil said Wednesday, “giving the police department a chance to intercept people who are in danger of entering the river.”

Ten years ago this month, in September of 2012, father and son, Paul and A.J. Petras, were shot and killed on a Saturday afternoon inside the May’s Photo store on Main Street in downtown La Crosse.

The slayings led to the original City Vision project to install 32 cameras in La Crosse, at a cost of around $500,000.

This time around, six new cameras that have a greater range of vision would be put in strategic downtown spots.

Carolyn Knobloch, working on the camera campaign, was among the volunteers who searched earlier this year for UW-La Crosse student Hamud Faal, whose body was found in the river a month after he was reported missing.