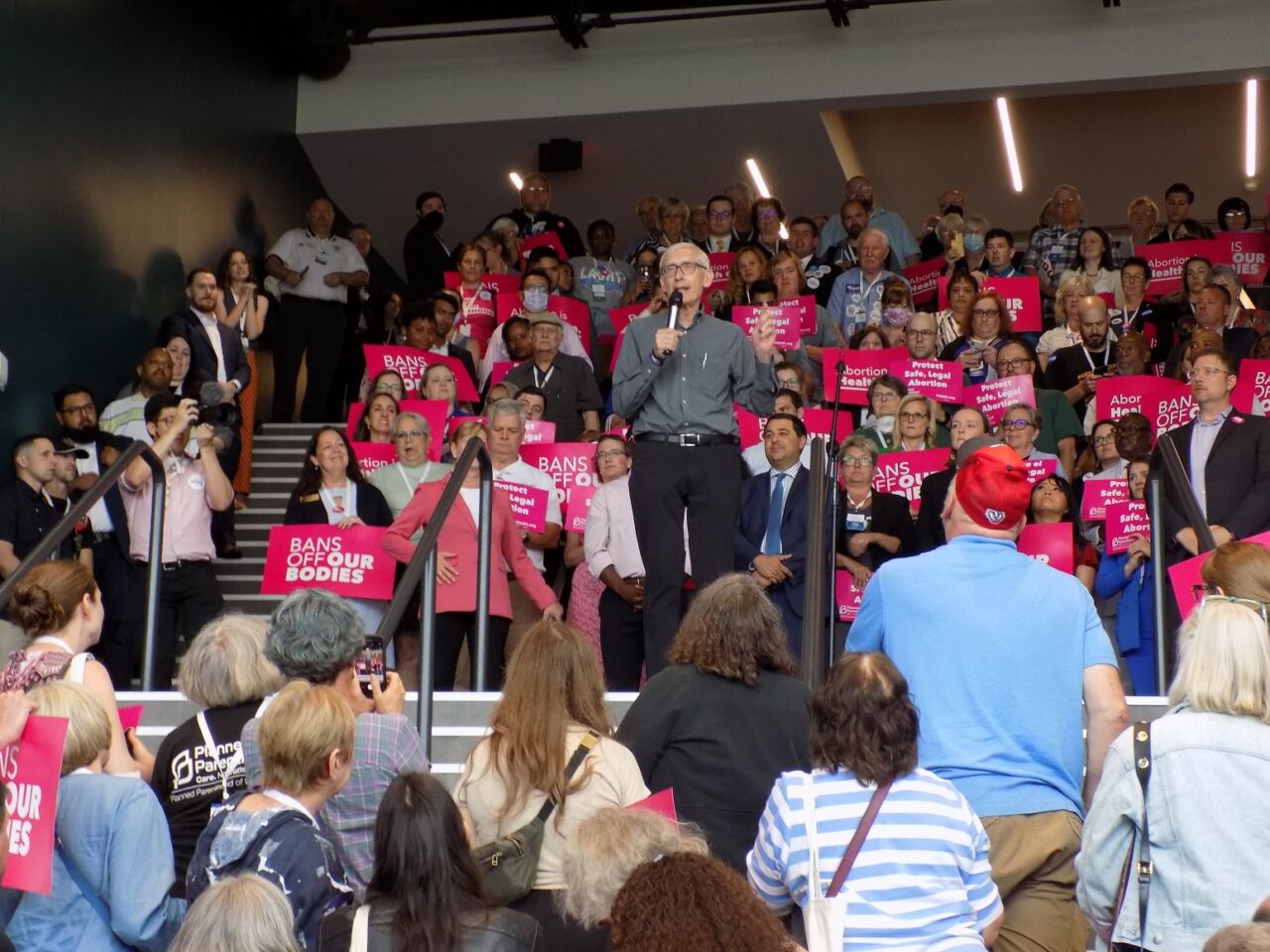 Wisconsin Gov. Tony Evers told a cheering crowd at the La Crosse Center that doctors in the state would be eligible for clemency, if they provide abortions, following the U.S. Supreme Court ruling striking down Roe v. Wade.

“I will provide clemency to any physician that is charged under that law,” Evers said Saturday, during a women’s rights rally on the main staircase in the La Crosse Center lobby, as the civic center hosted the Democratic Party of Wisconsin convention this weekend.

About 200 people lined up on the La Crosse Center stairs for the abortion rights rally, which came just hours after around 450 protested in front of city hall Friday night.

Evers, who has has seven grandchildren who are female, said “(On Friday) they were made second-class citizens. That’s bull****.”

Evers added that he’s considering an executive order to restore the state abortion law to what it was before the court decision.

Last Wednesday, Republicans, who control the state Legislature, quickly ended a Evers’ special session on addressing Wisconsin’s 1849 law that bans abortions, except to save a mother’s life.

Also speaking at the La Crosse rally was U.S. Senator Tammy Baldwin, who said that Roe v. Wade is now on the ballot in this year’s elections, and candidates will be judged on whether they “stand with women” or not.

Baldwin added that not a single Republican in the Senate voted to codify the Roe decision from 1973, when it recently came up for a vote in Washington.