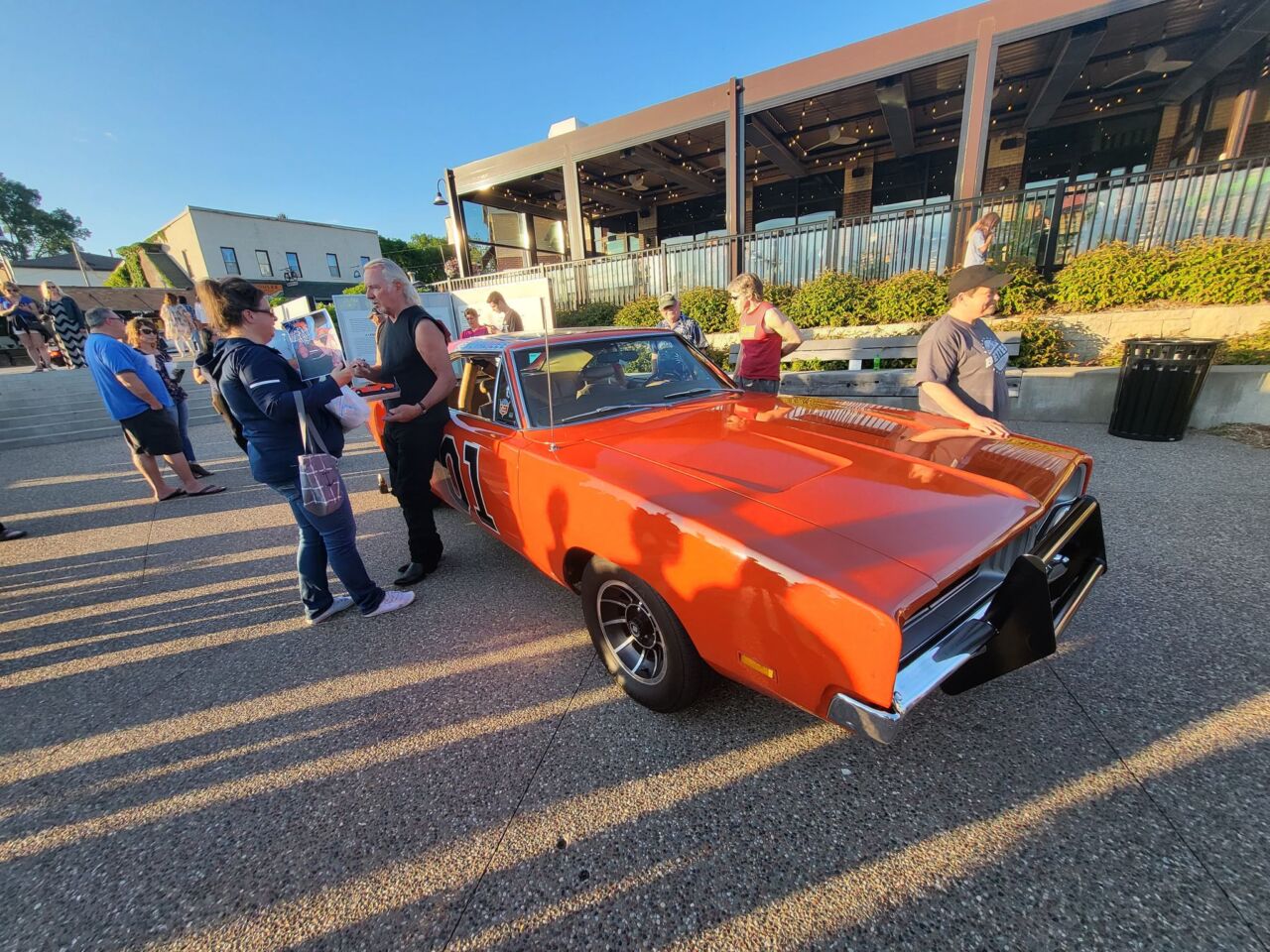 Tom Wopat, better known as one them ole’ Duke boys, Luke Duke, was in Onalaska on Tuesday.

The 70-year-old Wopat brought the General Lee — the famed 1969 Dodge Charger for the Dukes of Hazzard TV series — and also performed during the Great River Sound series, which happens every Tuesday at Dash-Park.

Afterward, Wopat took pictures and signed autographs for a host of fans.

It’s rumored Wopat busted out of town at high speeds, launching the General Lee over the Spillway to elude the La Crosse County Sheriff’s deputies and county commissioner Boss Padesky in his white Cadillac convertible.