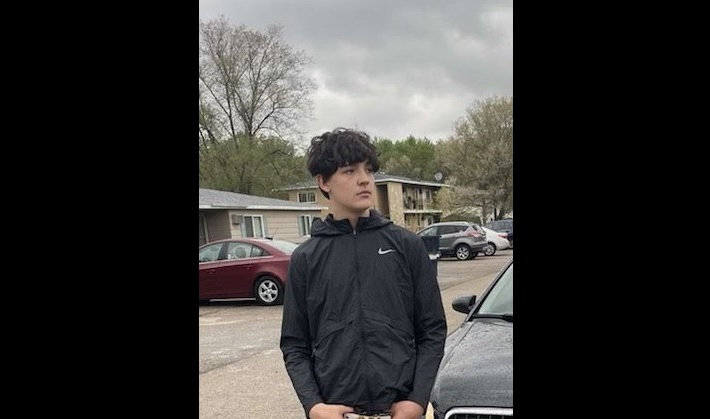 SUBMITTED PHOTO: Storm Vondrashek was shot and killed on Sunday, May 22, 2022.

The person who died in a Sunday morning La Crosse shooting was a 15-year-old Logan High School student.

La Crosse Police found Storm Vondrashek had been shot multiple times around 1:30 a.m. Sunday. He died from those wounds. He would have turned 16 in August.

The call came in from the 1900 South 7th Street area, after reports of gunfire.

Another, what police have called a “victim,” was also shot and is recovering at a local hospital.

Police are still investigating. They said it does not appear to be a random act of violence, and will update the community as the investigation continues.

The last student in La Crosse shot and killed came in 2015. George Miller, a 17-year-old from Central High School, was killed by 18-year-old DeShawn Randall, who was found guilty of murder and sentenced to life in prison.

Three years ago, 18-year-old Javier Ayers was shot and killed in La Crosse. It is unclear if Ayers was a La Crosse student, however. Shavonte Thompson was found guilty of murder and also sentenced to life in prison.

A flower memorial is sitting outside an apartment entrance on the block of the shooting.

Dear families,
We are incredibly saddened by the tragic loss of one of our Logan High School students over the weekend that occurred due to a shooting. While we have minimal safety concerns at this time, we are working closely with the La Crosse Police Department to have extra resources in place to ensure the safety of all students.
We will also have additional school counseling resources on hand to ensure students have the support they need. Please reach out to your school counselor if your child needs additional support.

Police are encouraging anyone with any information regarding this incident to call 608-782-7575. To remain anonymous, contact La Crosse Area Crime Stoppers at 608-784-TIPS or submit online here.