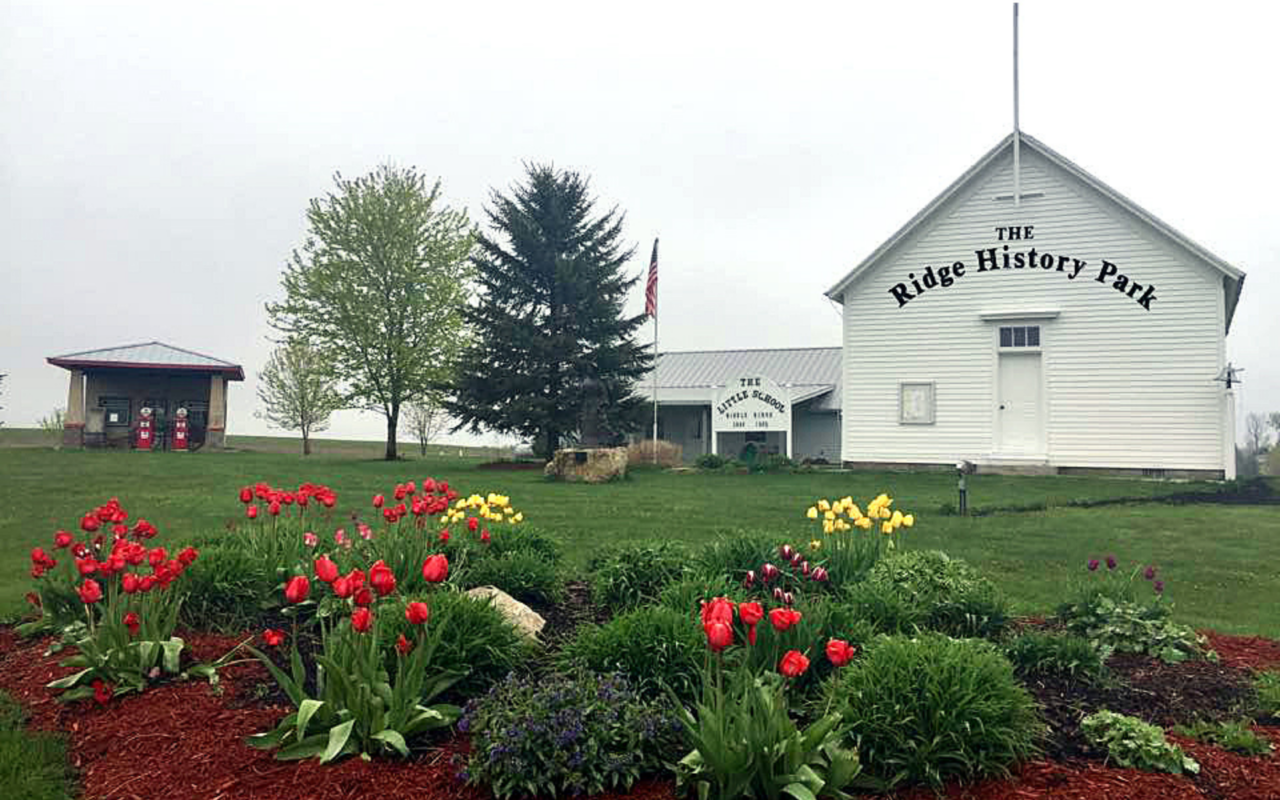 When Clay Riness became the director of Ridge History Park in Middle Ridge, Wis, his first big project was to put together a free community concert series.

That goal comes to fruition this summer, starting this Sunday.

Ridge History Park is not just a clever name.

Riness told Z93 the park was founded in 1999. Soon after that, they acquired a little one room schoolhouse called The Little School, which was in Middle Ridge.

“We had it moved to the park and restored and it’s kind of the center of attention at the park,” he said.

Riness estimates it is one of 200,000 similar one-room schoolhouses across rural America in its time.

With the advent of busing, the school was finally retired and sold in 1965.

Riness said it was then moved to a local farm and used to house pigs and hay.

“That was quite a restoration project moving forward with that, and it’s a gem. It helps us to promote the history and preservation of rural education,” Riness said.

Not long after that, the park also acquired the little Mobil Station in Middle Ridge and moved it to the park. It was built in 1929 and thrived for more than 40 years until the 1970s when it was closed.

In 2002, the park built a visitor center that houses about 75 or 80 people and that is used for events and also rented out to the public.

Riness became director in December and immediately started to seek sponsorships for a concert series.

The free concerts will be held at the park the second Sunday of each month May through October from 2-4 p.m. Weather permitting, they’re all outdoors, but will be moved indoors to the visitor center if Mother Nature gives them a challenge.

Sunday is the official kickoff with Eddie Allen, singer, songwriter and performer from Trempealeau, Wis. Allen did a concert there last year, which was very successful, so they’re looking forward to having him back.

“She comes from that Joni Mitchell, Judy Collins, Eva Cassidy, John Denver, James Taylor sort of background and so she’ll be playing some original and contemporary folk music,” Riness explained.

July 10 will feature a performance from Under Paris Skies. Riness described their music, for those unfamiliar, as a blend vintage swing, Old French bistro, and cabaret music.

Aug. 14, Andy Hughes will be performing. Most locals know Hughes as the from local reggae legends, TUGG but Riness was quick to add that Hughes is also a classic country music fan, and especially Johnny Cash.

Sept. 11 is Ridge History Park’s annual Ridge Fest, one of their largest events of the year featuring the local group Sapsuckers, playing everything from hillbilly to Nashville pop and original country original music.

The last concert of the series will be on Oct. 9 with Luke Callen, a singer-songwriter from the Twin Cities area.

After the concert series, there’s more on tap at Ridge History Park. They’re hosting an old time square dance on Oct. 15, which Riness added is his birthday. No experience is necessary to join in the fun.

“We have a hot three piece band coming from down near Chicago and a caller that is known pretty much around the globe,” Riness said. “She’s willing to take anybody and teach them the dances right on the floor.”

Admission for the square dance is $10.

Looking ahead to fall they’re hosting a Ridge Kids Halloween party the afternoon of Oct. 29 with lots of activities for little kids.

Learn more about the park HERE and the full line-up info for the summer HERE.