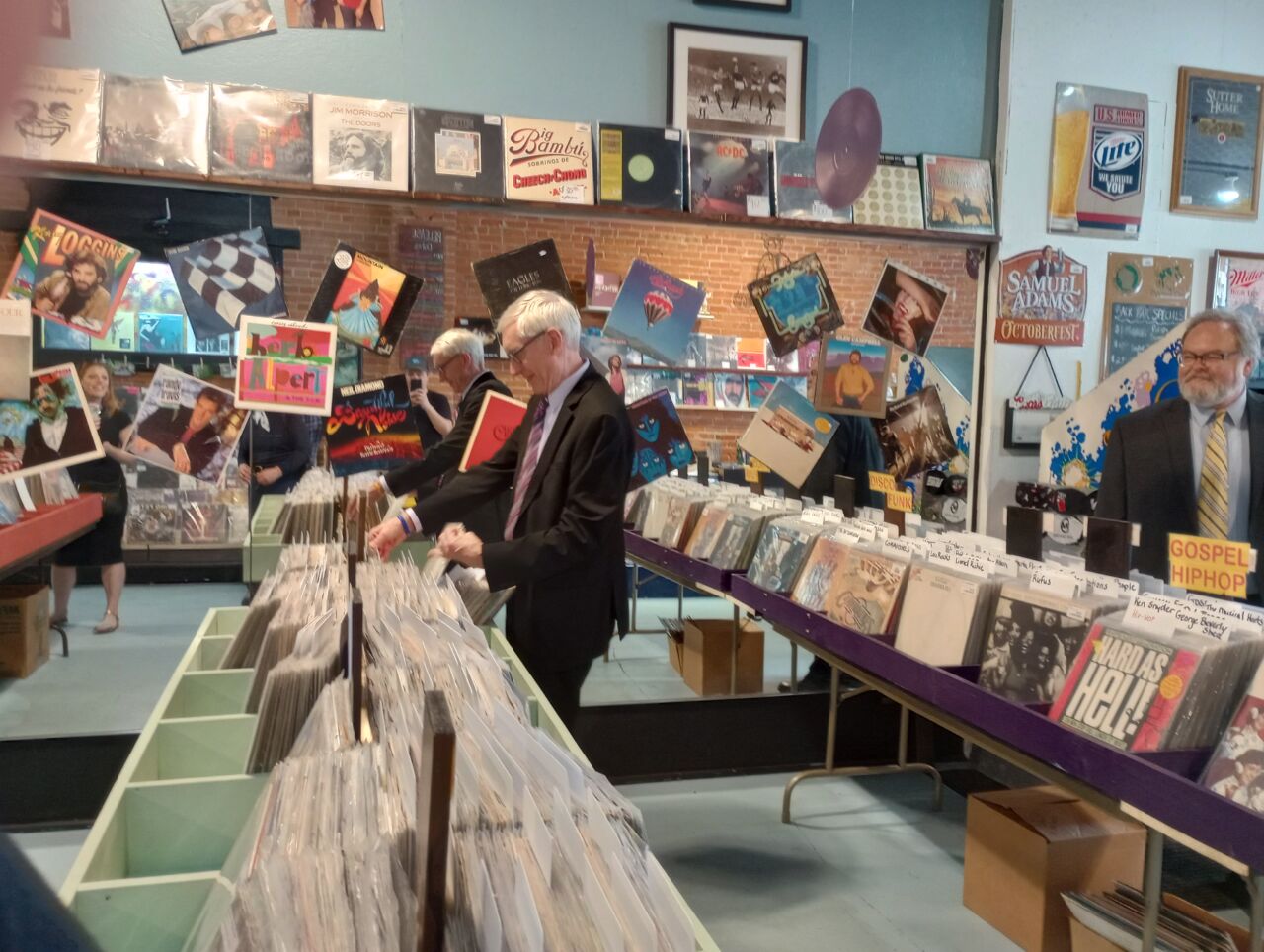 Wisconsin Gov. Tony Evers was back in La Crosse on Tuesday, for the second consecutive week.

Evers visited to promote the Main Street Bounceback Program on a statewide tour, which was kicked off in La Crosse. The governor is providing $25 million for more development grants to small businesses in Wisconsin.

Evers said the Bounceback grants have assisted 4,200 businesses around the state, including 89 just in La Crosse County.

“Historically, we’ve been in the high schools,” says Czappa, “but the Bounceback grant allowed us to bring our main office to downtown La Crosse.”

Audiolust owner Jeffrey Buchholtz said state funding was helpful in letting him expand from a previous site, next to the Salvation Army office.

“We outgrew our other spot real fast,” Buchholtz said. “With the help of the Downtown Mainstreet, our business is just increasing day by day.”