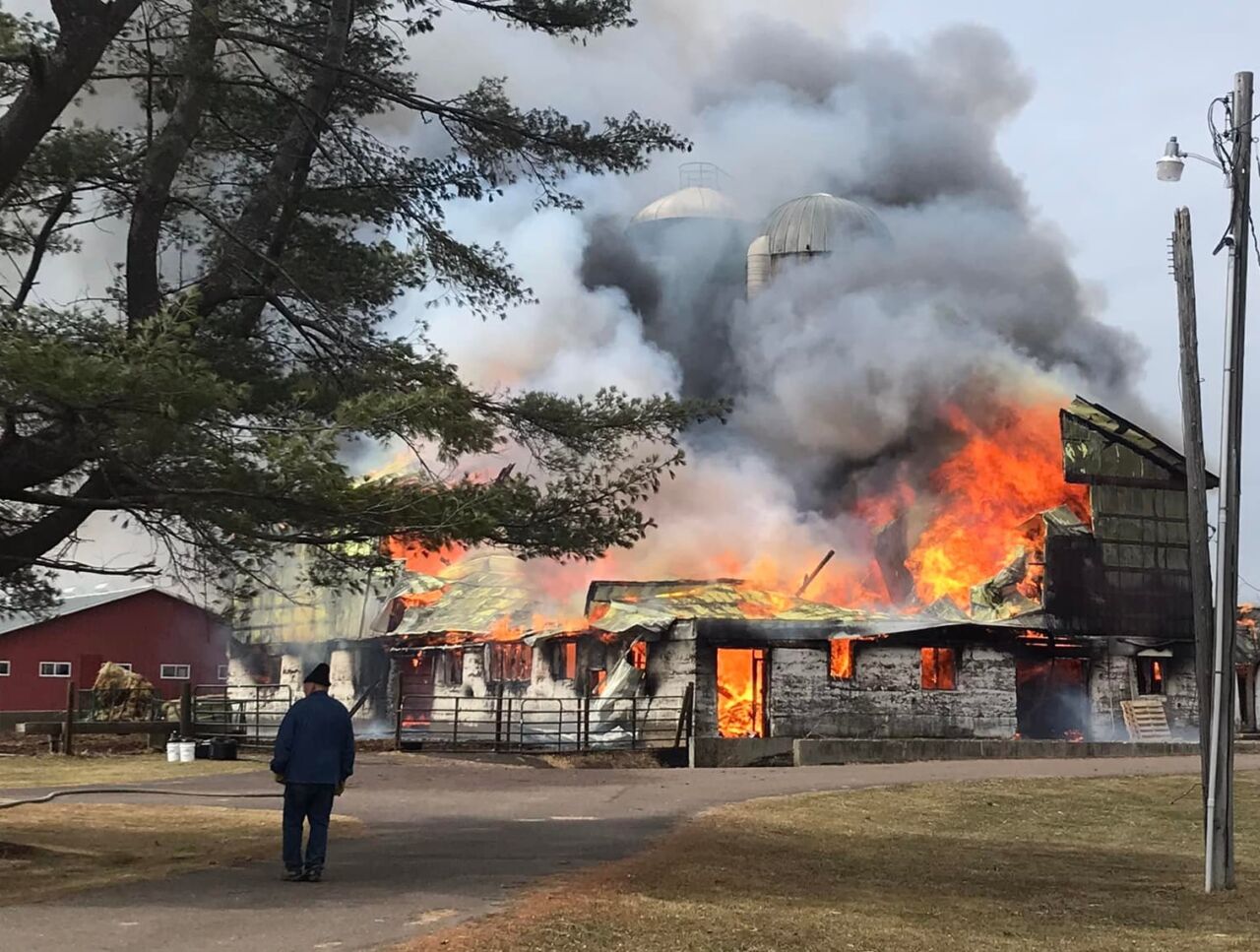 US House candidate Rebecca Cooke's father watches his farm, lost to a fire on Tuesday, April 12, 2022. (PHOTO: Cooke for Congress on Facebook).

She spoke a lot of her background growing up on the dairy farm.

What Rebecca Cooke didn’t really mention at a debate at UW-La Crosse last night is that just hours before, that farm she grew up on was lost to a barn fire.

“It was devastating,” Cooke posted on Facebook. “My parents worked hard to build an incredible herd of registered Holsteins in its walls. My playpen was on the walk. My parents danced down the aisle milking cows. Many a barn party celebrated engagements, a return home form the Navy – life’s big events.”

“It felt bittersweet, a way of life we have fought so hard to preserve, gone in an instant.”

Cooke, who is from the Eau Claire, Wis., area, added that her dad did get one of the tractors out of the barn and that he and the animals are OK.

“But it puts so very much into perspective,” Cooke continued. “It was hard to stay composed amidst how it all felt, but I was proud to talk about the heritage and way of life I come from on tonight’s stage.

“Wisconsin farmers know, you don’t stop even when times are tough. You show up. Grateful for first responders and the neighbors who showed up with supper tonight for my folks.”

Cooke is one of five Democrats running in a primary to replace the retiring Ron Kind in the U.S. House of Representatives.

The debate among those five, which also included Brett Knudsen, Deb McGrath, Mark Neumann and Brad Pfaff, can be seen below.