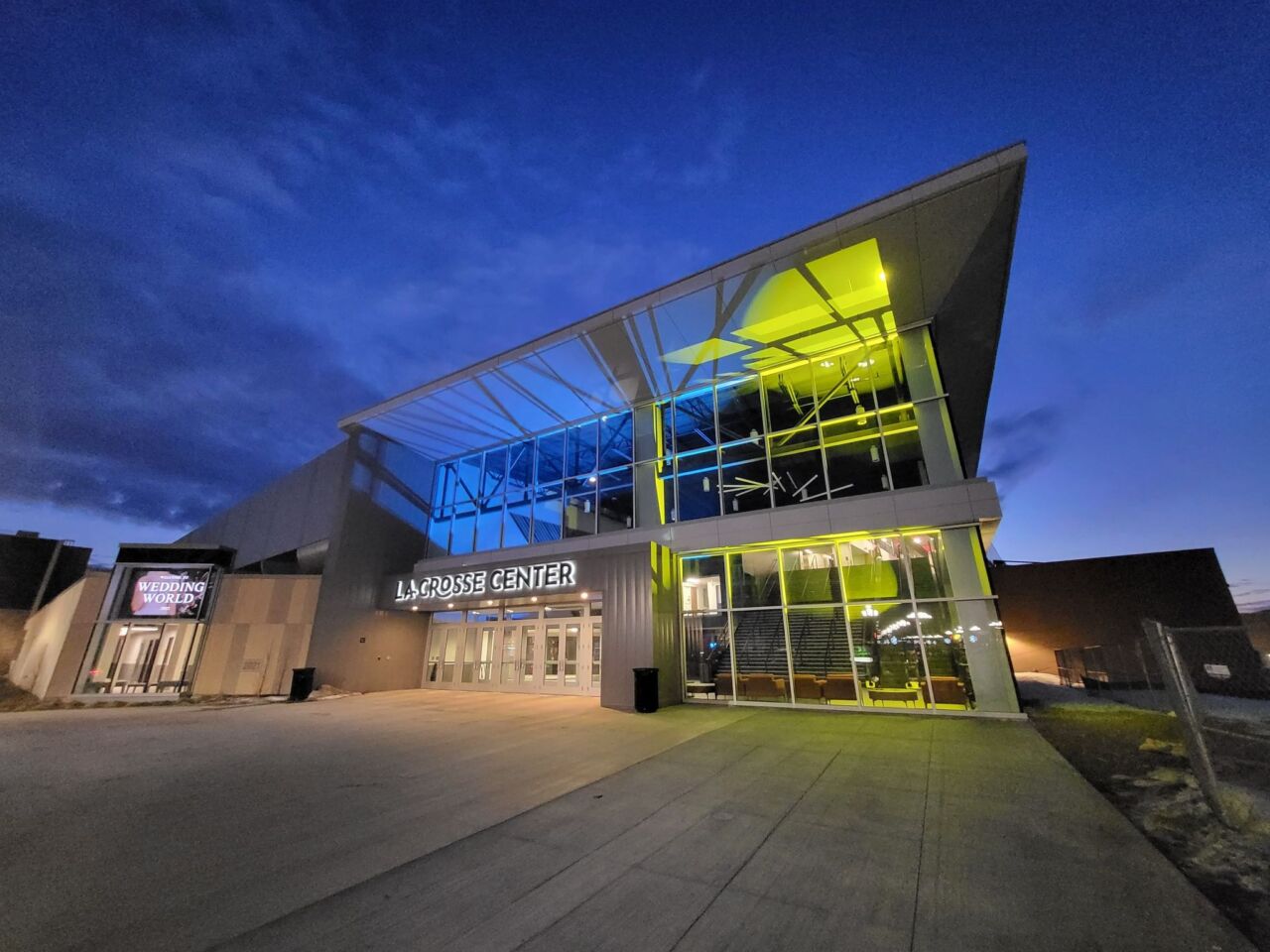 If you drive by the La Crosse Center at night, you may notice a subtle difference.

Blue and yellow lights highlight the front entrance to the newly renovated building for a reason.

Dana Erickson owns Interstate Sound in La Crosse. He asked the Center if he could light up the facade.

“My heart is with the Ukrainian people right now,” Erickson said Tuesday on La Crosse Talk PM. “We wanted to show some solidarity, so I’m doing what I can do with my resources.”

Erickson says the lighting will stay up as long as the Center allows or until the conflict with Russia invading Ukraine has ended.

He also felt for the Ukrainians in one regard, looking at the David and Goliath-like war.

“I’m not ashamed to tell you that in middle school and a little bit of high school I was bullied by a couple of older guys and it had a lasting effect on me for a couple years, until I got bigger and stronger and was able to kind of stand up for myself,” Erickson said. “So, I know what it’s like to be bullied and my sentiment is that (Russian President) Vladimir Putin is doing essentially the same thing to the people of Ukraine.

“I can relate that way, so this is what I can do.”

This isn’t the first time Erickson has done something like this. Back on the day Prince died, he lit up the Mid-West Family building downtown in purple.