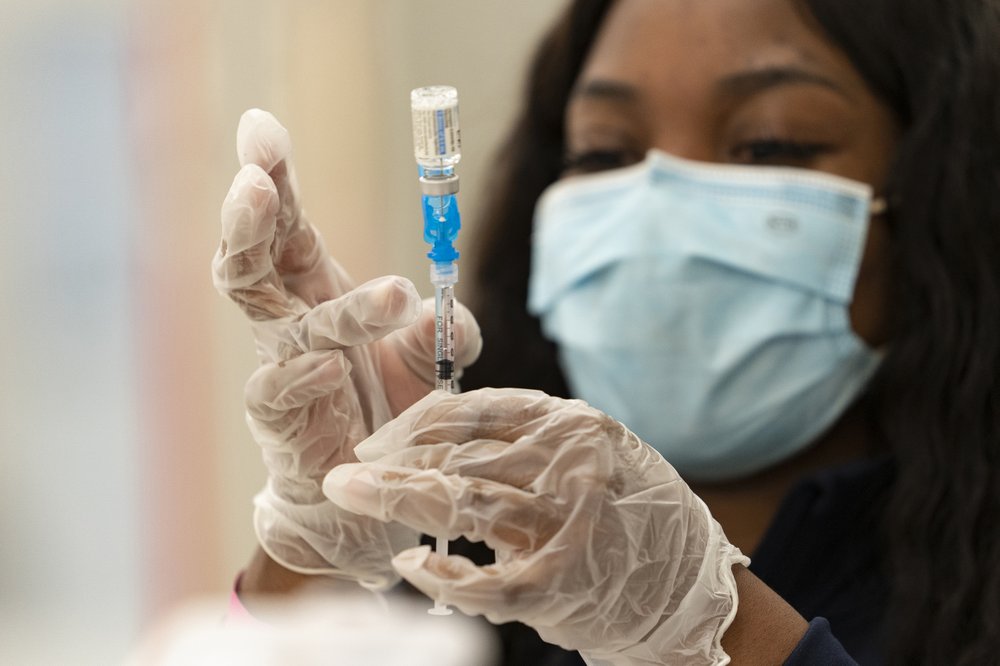 MADISON, Wis. (AP) — The Republican-controlled Wisconsin Senate passed a package of bills Tuesday that push back against COVID-19 vaccine requirements and aim to shield workers who do not want to protect themselves from the virus by being inoculated.

Senators approved the bills in the wake of protests in Canada over vaccine requirements. Those protests blocked the busiest U.S.-Canada border crossing. Wisconsin has no statewide vaccine or mask mandates.

There have been moves in other states and cities to require vaccinations for workers.

All four of the bills passed on party line votes, with Republicans in support and Democrats opposed.

Also, the bills are almost certain to be vetoed by Democratic Gov. Tony Evers, who is a strong supporter of vaccinations as one of the best ways to curb the spread of the virus that has killed more than 11,000 people in Wisconsin over the past two years.

An Evers spokeswoman did not immediately return a message seeking comment.

Republicans who introduced the proposals say they are responding to voters who have contacted them, fearful of losing their jobs if they don’t get the vaccine.

One measure would require employers to count a prior coronavirus infection as an alternative to vaccination and testing. Another would ban so-called vaccine passports and prohibit businesses, colleges and universities, governments and anyone else in the state from requiring proof of COVID-19 vaccination.

Medical groups opposed to the natural immunity bill say that vaccination is the best way to protect against COVID-19 and that it’s not clear how long immunity lasts after an infection. Similar bills passed in Florida and Arkansas last year.

Democratic Sen. Chris Larson, of Milwaukee, said it may be good politics to fight COVID-19 restrictions, but it’s putting people’s lives at risk and slowing recovery from the pandemic. He accused Republicans of “coddling the extremists who are refusing to do their part.”

“The rest of us, the majority of Wisconsinites who have gotten vaccinated, the majority of the country who wants to get on with our lives would like you guys to move on so we can open up again,” Larson said.

Republican Sen. Mary Felzkowski, sponsor of the natural immunity bill, said she had COVID-19 twice and both she and her husband took the anti-work drug ivermectin. She said it was prescribed to her, though health officials have warned that it shouldn’t be used to treat COVID-19.

She said forcing people to be vaccinated was un-American.

“This is a vote very much based on science and recognizing the God-given ability to fight off infections that our creator gave us,” she said.

Opponents, including leaders of the state’s medical community, say vaccine requirements at hospitals and other health care facilities help ensure that patients and workers in health care settings do not get sick.

The Republican-controlled Assembly previously passed both of those bills. Senate approval sends them to Evers. Last year, Evers vetoed a GOP bill that would have barred public health officials from requiring people get vaccinated.

The Senate also passed a pair or other Republican-introduced measures that have yet to get a vote in the Legislature.

The other bill says that anyone who is injured due to receiving a COVID-19 vaccine his employer required would be eligible for workers’ compensation.

Vaccine Choice Wisconsin, a group opposed to vaccine mandates, was the only organization that registered in support of all four bills. Opponents of one or more of them include the Wisconsin Medical Society, the Wisconsin Public Health Association and the Medical College of Wisconsin.