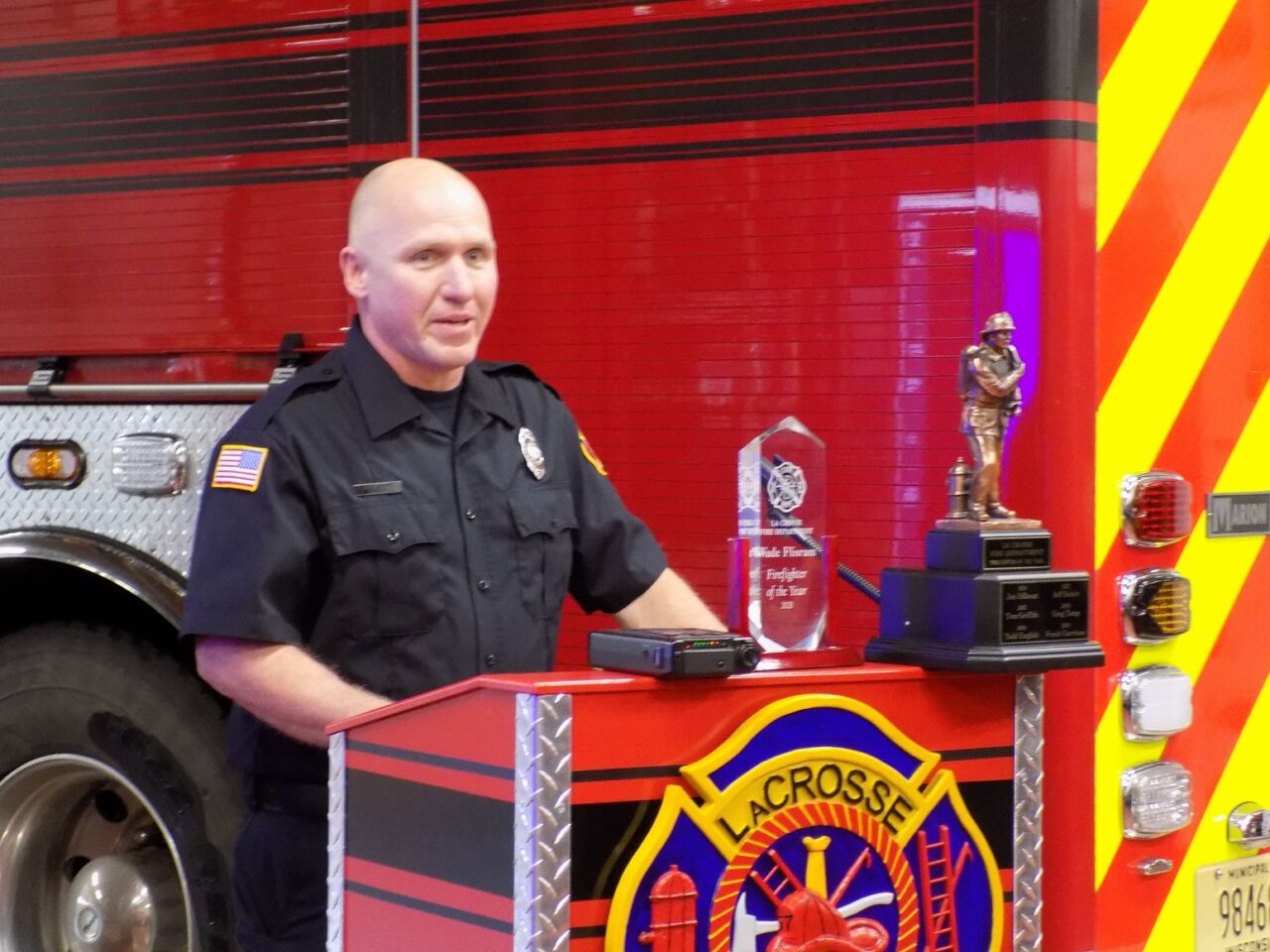 Wednesday, the department held a ceremony, selecting him as La Crosse’s Firefighter of the Year.

Flisram said he didn’t know he was getting the award until shortly before his name was announced, when he saw his family enter the fire station.

“It’s very humbling, because of everybody that I’ve seen that have gotten it over the years past, and to feel that I’m at their caliber is a great honor,” says Flisram, who joined the LCFD 24 years ago, coming to La Crosse from Dane County.

Firefighters nominate the candidates for the award and then vote for the winner.

Flisram specializes in EMS rescue operations and water rescues. He said firefighters always have to perform well, especially in dealing with people experiencing a fire or other emergency.

“Unfortunately, we have to be there at people’s worst,” Flisram said. “We have to show up and be our best, and part of what I do when I come to work is try to make sure that I’m ready to do my best, and help my crew and my teammates, everybody on the department be their best so that we can make somebody’s worst day a little bit better.”

Assistant chief Jeff Murphy says the process of picking a Firefighter of the Year reminds him of the quality of the department’s staff.

“You just realize why this is such a great organization, because when we focus on any one individual, it becomes just a volume of information and great things that they’re doing,” Murphy said.