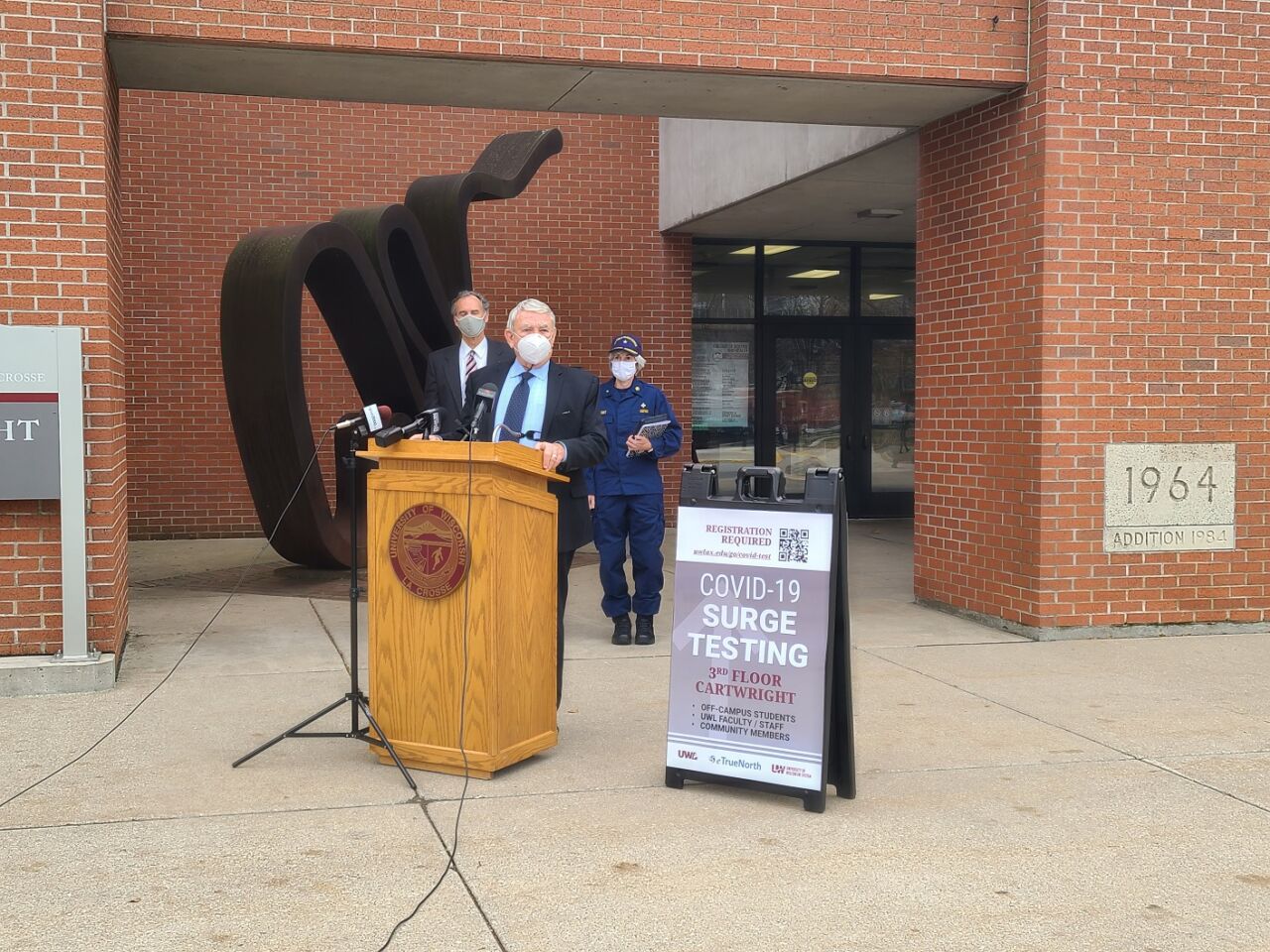 FILE - UW System President and former Wisconsin Gov. Tommy Thompson speaks to the media on Nov. 12, 2020, about a free COVID-19 testing site at UW-La Crosse. Behind him, UW-L Chancellor Joe Gow (left) and Dr. Nancy Knight of the CDC.

MADISON, Wis. (AP) — Tommy Thompson, who was elected four times as Wisconsin governor and is wrapping up a sting as interim University of Wisconsin System president, said Tuesday that he’s not ruling out another run for governor.

The 80-year-old Republican told WISN-TV that “everything is on the table.”

“I’m not saying it’s in the cards,” Thompson said. “But, I’m physically and mentally capable of doing anything.”

Four months ago, Thompson was recovering from a water-skiing injury.

Thompson said he would discuss his future with his family in April. He is resigning as interim UW president on March 18.

Thompson served as governor from 1987 to 2001 when he left midterm to serve as U.S. Health and Human Services secretary. He briefly ran for president in 2007 and last ran for public office in 2012, losing the U.S. Senate race to Democratic Sen. Tammy Baldwin.

The primary for governor is Aug. 9.