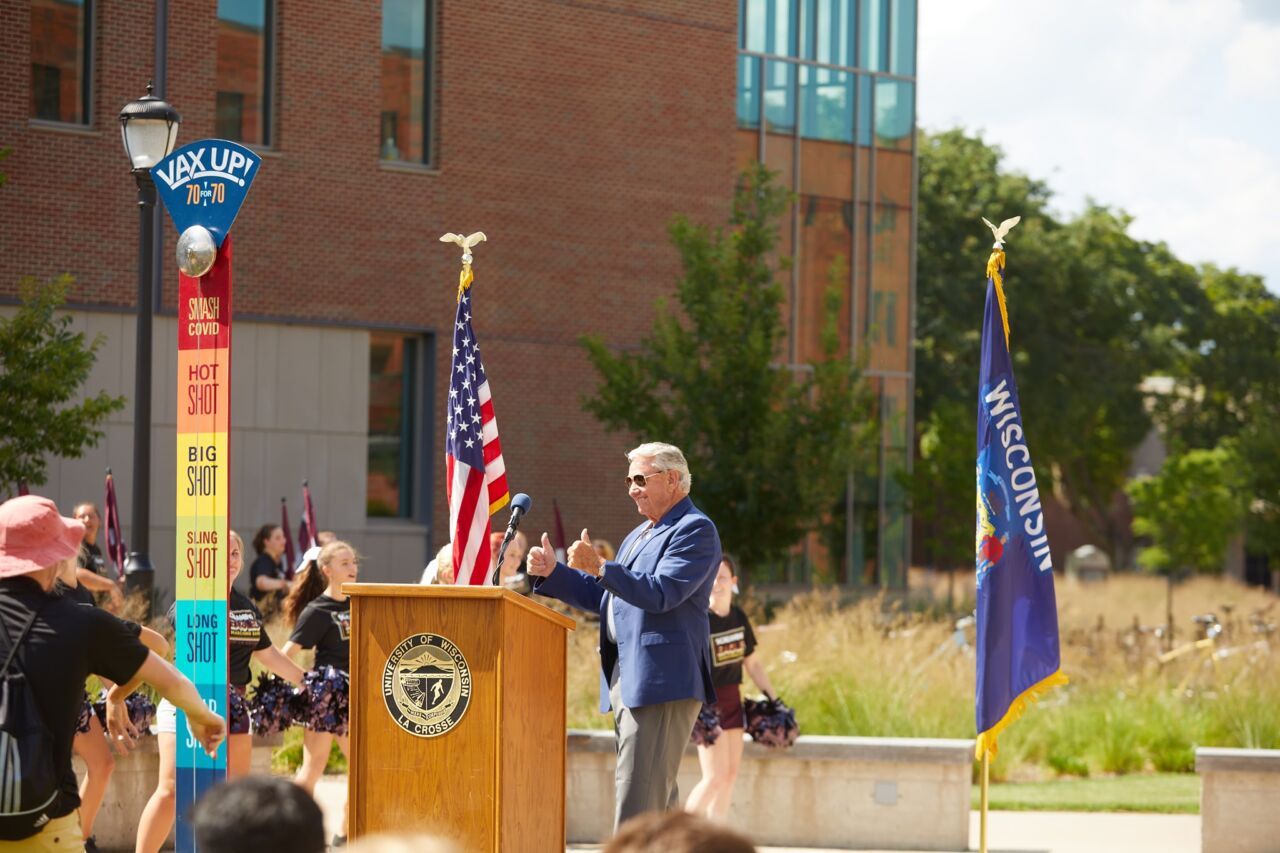 MADISON, Wis. (AP) — Tommy Thompson said people may think he was “nuts” for water skiing at age 79, but the interim University of Wisconsin president said Tuesday he got on the skis earlier this month to “give it to the old college try” before summer ends.

Thompson had surgery Thursday to have his bicep reattached to the tendon after being injured while skiing.

Thompson’s arm was in a sling while speaking with reporters during an online news conference Tuesday about the percentage of in-person classes reaching 85% across the UW System.

“I want to be able to show my grandchildren that I could do it, number one,” Thompson said when asked why he went water skiing. “Number two, it was getting toward the end of the summer and I decided that I was going to give it the old college try. I did, then coming out of the water, is when I heard it pop and oh no, I knew I hurt it pretty badly.”

Thompson said the surgeon told him that “Yeah, you did it up right.”

Thompson has been an active interim president during the COVID-19 pandemic. He’s advocated for testing and vaccinations on campuses. Last year he shot a series of public service announcements wielding a sledgehammer to destroy a variety of objects while urging the campus community to “smash COVID.” He’s also clashed with Republicans who control the Legislature over COVID-19 mandates.

Thompson said that deciding to go water skiing was “maybe not the smartest thing I’ve ever done but the truth of the matter is I love water skiing, grew up doing it, and I’ve always intended to be able to ski into my 80s so I figured if I was going to do it I had to ski when I was 79, that’s why I started it.”