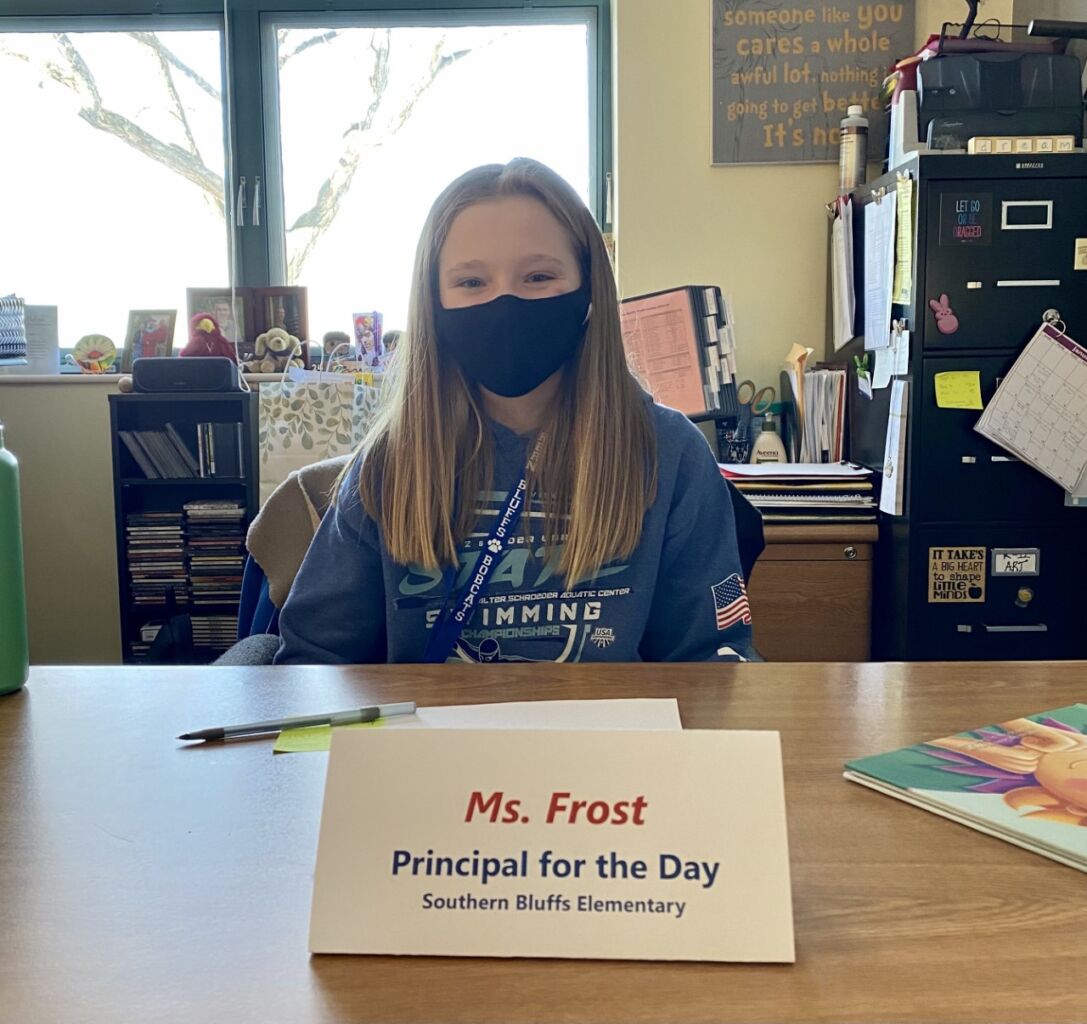 A fifth-grader took over Southern Bluffs Elementary School in La Crosse on Friday.

Abby Frost got to see if she had what it takes to run the school for a day.

She taught, read to students, supervised lunch and even met with Superintendent Dr. Aaron Engle to share her policies and proposals.

Less homework and longer recesses were not among them, however.

When asked if she wanted to be a teacher or principal when she grows up, Frost was quick to say no. While it was fun for a day, she wants to become a professional swimmer when she grows up.

Regardless, the fifth-grader appeared as if she had been doing this for years. There was no waiting around to be told what to do, instead Principal Frost confidently marched around the school, supervising students, leaving the other teachers in the dust.

While Frost was nice enough to take time out of her day to speak to WIZM, upon finishing that interview, she quickly left the room saying, “I’ve got to get back to lunch. I have things to do.”

Lisa Schreiner, who will take over Frost’s leadership duties again on Monday, stated that the fifth-grader was poised, confident and made for an excellent principal.

Principal Frost said that her favorite subjects in school are math and going to the library.

Frost loves to read and was excited she got to do that with some students in class. Her favorite part of being principal was getting to talk to the other students.

Every year, the role of principal for a day is offered during a school fundraiser.

Frost had been trying to win this title since she was in second grade but was always outbid. This summer she put together some bake sales to raise money for the auction and was able to secure the winning bid.

Principal Frost had her own office space, equipped with an official nameplate and badge.

During lunch, she supervised students and passed out Bobcat bucks — the school’s mascot.

Bobcat bucks are awarded to students who follow the Southern Bluffs mantra “Be Respectful. Be Responsible. Be Safe.” Once a classroom gets 100 Bobcat bucks they get to have a celebration.

Principal Frost also went to classrooms and taught a lesson to preschoolers, reading from a book called “The way I act,” which talks about ways students can be respectful, responsible and safe.

Afterward, Frost brainstormed with students how they can take those lessons and apply them to the classroom.