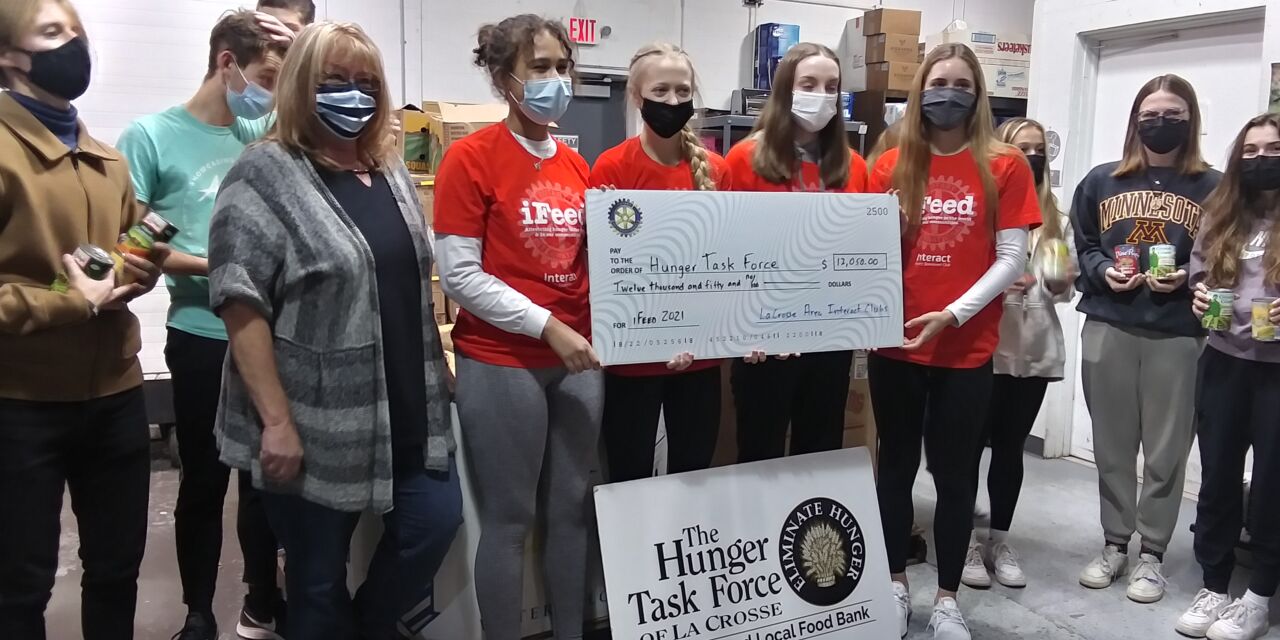 La Crosse’s Hunger Task Force has $12,000 more to help feed the hungry in this area, because of the most recent iFeed campaign by the Rotary Clubs and area students.

A check for $12,050 was presented on Monday to the Task Force at its Clinton Street warehouse.

Onalaska High School student Natalie Munn has been involved with iFeed for a few years and says the area always responds well.

“We had around 5,000 items or more and this year I was like, well, we’ll see what we can do coming after a year of no collecting (in 2020),” Munn said. “But we had an amazing turnout. It was awesome to hear just the numbers coming from all of our schools.”

Interact clubs at seven area high schools were able to raise the money with about half of it coming from raffles held during the Elvis Explosion this fall at the La Crosse Center.

The iFeed campaign also collected 15,000 food items on the first Saturday of November.

“I always think it’s amazing what these guys can do,” Fortner said. “The Interact students are probably the best group to do an event like this, because they just give it their all.”