3 whooping cranes raised in New Orleans learning to be wild, including one taught to migrate between Wisconsin and Florida 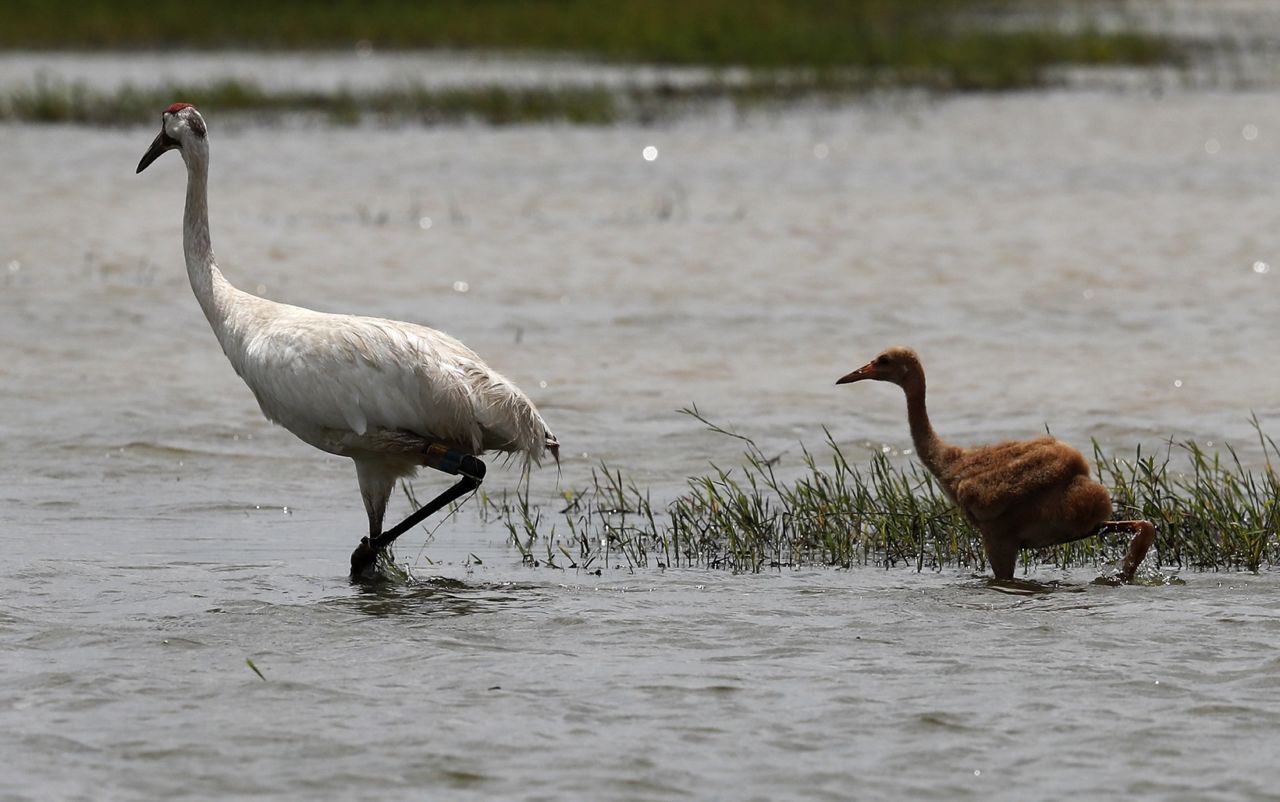 GUEYDAN, La. (AP) — Three young endangered whooping cranes raised in New Orleans are learning about life in the wild — and a fourth got a fatal lesson about its difficulty.

Four males were released Nov. 10 in southwest Louisiana, but a predator killed one a few days later, the Louisiana Department of Wildlife and Fisheries said.

“Whoopers” are the world’s rarest cranes and the tallest birds in North America, standing 5 feet (1.5 meters) high from their black feet to the little red caps on their heads. They’re white with black tips on wings spanning 7 feet (2.1 meters).

None were released last year because the coronavirus pandemic all but halted captive breeding for this flock — one taught to migrate between Wisconsin and Florida by following ultralight aircraft. Biologists are trying to establish those flocks to mitigate disaster should anything happen to the original flock of about 500 birds that migrate between Texas and Alberta, Canada.

“Whatever killed him might not have been the same animal that then scavenged and consumed the remains. There wasn’t a lot left so it’s hard to say,” she wrote in an email Wednesday.

The three other youngsters bring Louisiana’s flock to 73, the department said in a news release Tuesday.

The newcomers were named Hurricane, Lava and Aurora by their keepers on New Orleans’ west bank. But Zimorski said they will be recorded from now on as L2-21, L3-21 and L4-21.

They were released in the White Lake Wetlands Conservation Area near Gueydan.

“We continue to see progress in our whooping crane project despite the setback from the pandemic,” LDWF Secretary Jack Montoucet said. “Adding three additional cranes, coupled with the cranes hatched in the wild last spring, is a positive step.”