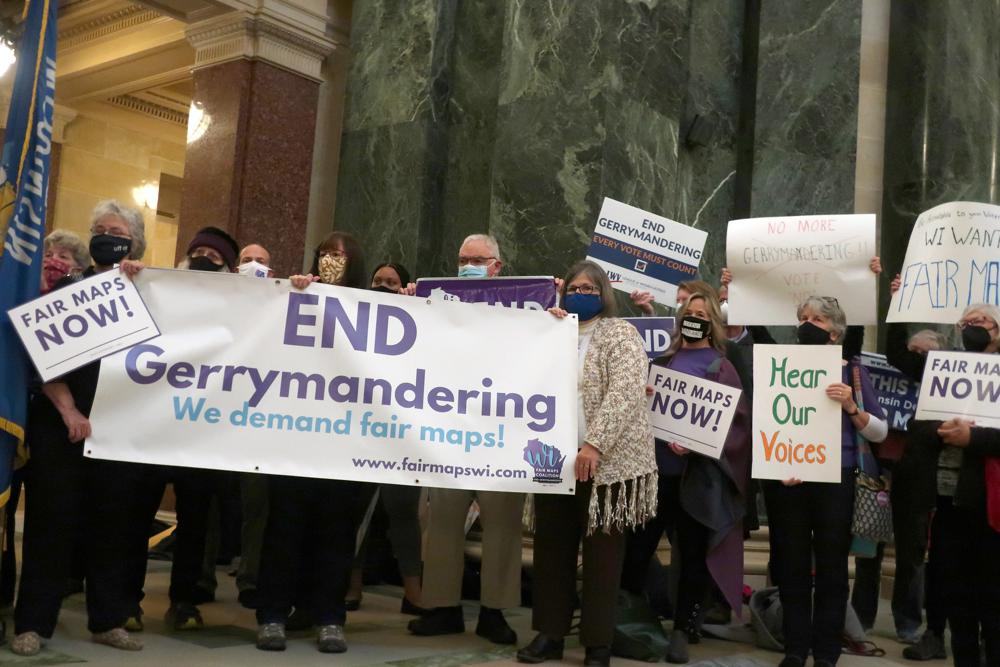 Republicans in the Wisconsin state Assembly gave final approval on the GOP’s redistricting maps on Thursday.

There was one public comment session, held Oct. 28 in Madison — a week after the maps were unveiled — on the maps that will represent voters in Wisconsin for the next decade. In nine-hour hearing, only two people spoke in support of the maps — Republicans, Assembly Speaker Robin Vos and Senate Majority Leader Devin LeMahieu.

Thursday’s vote on the maps went 60-38, along party lines, which included Democrat Assembly Rep. Jill Billings’ no vote. Billings represents the 95th District, which includes the city of La Crosse.

“Republicans put forward maps to cement their majority in the Legislature for the next decade, nearly guaranteeing their control of Wisconsin Government without accountability to the voters,” Billings said in a statement. “This was yet another example of Legislators choosing their voters rather than having voters choose their elected officials.”

Republicans hold a 61-38 majority in the Assembly and a 21-12 advantage in the Senate in a state that most recently elected a Democratic governor, attorney general and U.S. senator. Republicans also hold five of the state’s eight congressional districts.

“The Assembly’s vote today is truly one about values and priorities,” Billings said. “The Majority has shown that their priority is in retaining political power and not in supporting the voters’ power to decide who represents them and who controls state government.

“These maps will allow Republicans to continue to overlook and ignore issues which impact communities across the state. They have and unfortunately will likely continue to avoid tackling important issues like PFAS pollution, Medicaid expansion, and addressing human trafficking.”

Billings said she supports a nonpartisan redistricting process in Wisconsin and has co-sponsored legislation each session since 2013. Legislation that, apparently, has never made it to the floor for debate.

“We can and we should do better,” Billings said. “We have had the opportunity to institute a nonpartisan redistricting process. Not only has that process not been enacted, but legislation to do so hasn’t even received a hearing under Republican control of the Legislature.

“The bottom line is that Legislators shouldn’t be in charge of drawing the maps, that we need an independent process which takes politics out of it, so that voters are choosing their elected officials and not vice versa.”

A nonpartisan commission in Iowa — a process that’s been in place since 1980 — recently just drew, approved and had the Republican governor there sign its maps without a hitch.

“We can and we should do better,” Billings said. “We have had the opportunity to institute a nonpartisan redistricting process. Not only has that process not been enacted, but legislation to do so hasn’t even received a hearing under Republican control of the Legislature.”

Wisconsin Gov. Tony Evers created a nonpartisan body called the People’s Map Commission, to draw its own maps for the state but that’s not proving to be the final answer, either.

The Assembly voted on those maps, Thursday, as well. Of course, all Republicans were going to vote against them. Among Democrats, however, the vote went 21-17 in favor.

Some Democrats spoke out against those maps for diluting Black voters’ representation, citing the Voting Rights Act, which is intended to make sure minority voters can elect candidates of their choice and have equal representation.

Other Democrats felt they didn’t have enough of a say in the process, though that’s kind of the point.

The maps approved by Republicans on Thursday will go to Evers’ desk for signature. All of it, however, a bit of a sideshow, because Evers has said from the day the GOP unveiled its maps, he would veto them. That sends the process to the courts, where lawsuits have already been filed.

The issue at that point will be which courts. Republicans want it to be the state Supreme Court, where they hold a 4-3 majority. Democrats want the process to go to the federal courts, which has long handled redistricting matters in the past.