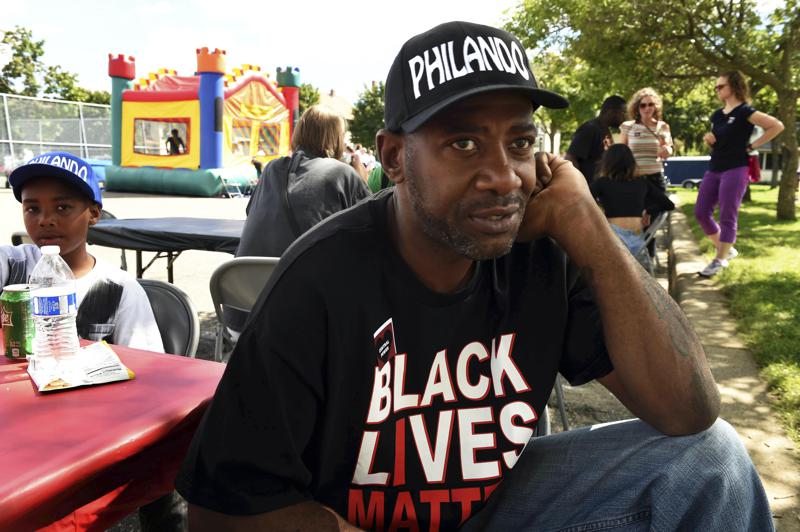 FILE - This Aug. 21, 2016 file photo shows John Thompson, now a state representative, at a fundraiser at Central High School in St. Paul, Minn. Republican lawmakers prepared Monday, July 19, 2021, to file ethics charges against the Democratic representative, who has been a key voice on racial injustice issues. Rep. Thompson, who rose to prominence and won office after his friend Philando Castile was shot to death during a traffic stop, saw support within his own party evaporate over the weekend after revelations of old domestic abuse allegations. (Scott Takushi/Pioneer Press via AP, File)

Hortman, Gov. Tim Walz and other top Democrats called on Thompson to resign after KMSP-TV on Friday reported on domestic abuse allegations against Thompson from 2003 to 2010. One of those incidents led to charges. Thompson has denied the allegations through his attorney, who disputes the authenticity of the police reports cited by media outlets.

Thompson, a Democrat, has been outspoken on police accountability since winning election last year. He became an activist after his friend Philando Castile was shot to death by an officer in 2016. A jury convicted him Wednesday on a 2019 misdemeanor charge of obstructing police during an incident at a suburban Minneapolis hospital, before he took office, in which he contends police overreacted because he and the other people involved were Black.

The judge fined him $200 and gave him a stayed 30-day jail sentence that he won’t have to serve if he stays out of trouble.

His unraveling began after he was ticketed this month for driving on a suspended license that raised unresolved questions about whether he really lives in his St. Paul district. His attorney has said Thompson resides there.

Speaker Hortman told GOP House Minority Leader Kurt Daudt in a letter Wednesday that she would refer any complaint to the House Ethics Committee, but that in the absence of an ethics complaint she won’t take action until after court proceedings against Thompson on the other matters conclude. She said speakers generally don’t personally direct ethics complaints.

Daudt told Hortman in a letter Monday that House Republicans were prepared to file ethics complaints against Thompson if she didn’t act herself. He said in a statement Wednesday that he had been hoping for a stronger response.

“I’m disappointed in Speaker Hortman’s inaction,” Daudt said. “The demands for Rep. Thompson’s resignation from Speaker Hortman and the (Democratic) majority ring hollow when they refuse to take any steps to hold him accountable. We are reviewing Speaker Hortman’s letter and will be preparing a response.”