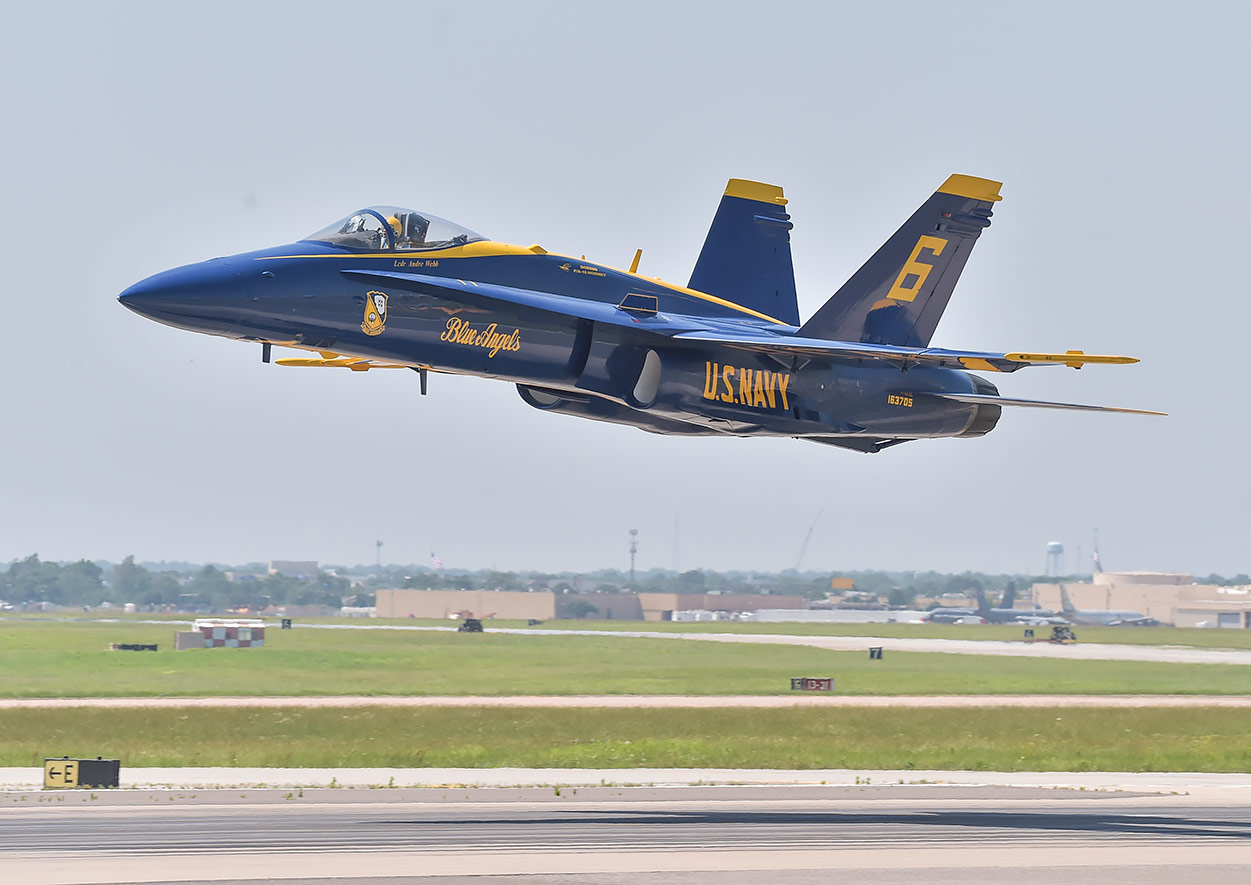 Blue Angels jet No. 7 will be landing at the La Crosse Regional Airport.

A news conference is scheduled at 9:30 a.m. with two Blue Angels naval pilots. Airfest spokesman Dave Larsen told WIZM the jet should be landing at 10 a.m.

The Blue Angels will headline the return of the Deke Slayton Airfest this summer to La Crosse.

The airshow had been called off since 2014 for varying reasons — no main attraction (like the Blue Angels or Thunderbirds) road construction on Interstate 90 and COVID-19.

This June 12-13, however, the show returns with the Blue Angels being the main attraction.