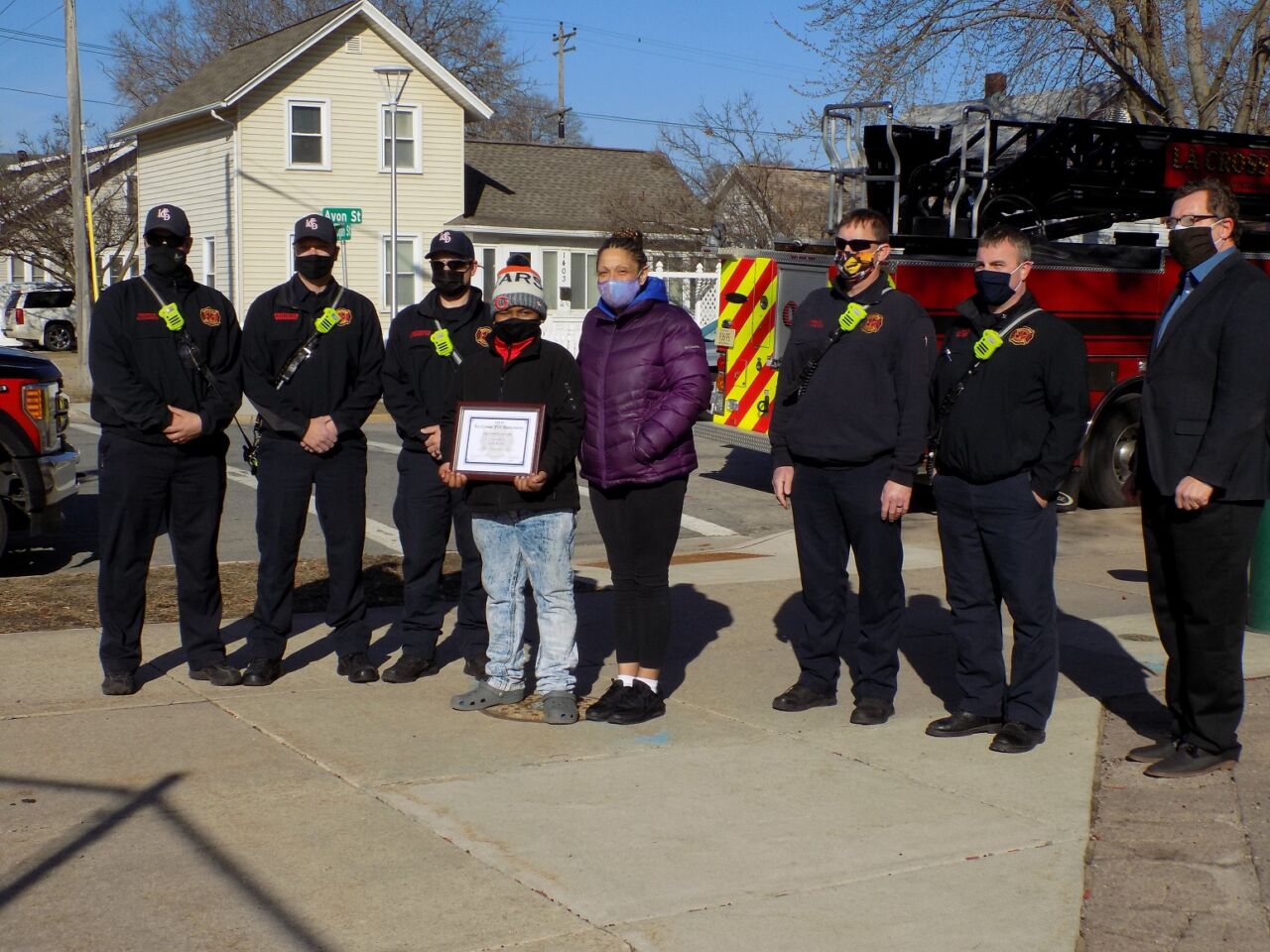 Sam King of Logan Middle School had one busy day at home last month…saving members of his family when a fire broke out.

Sam was taking a class at home on his computer when he smelled smoke, and called his mom, who was at work, telling her about the fire.

He also put out a coffee maker that was on fire.

, and congratulations from Mayor Tim Kabat.