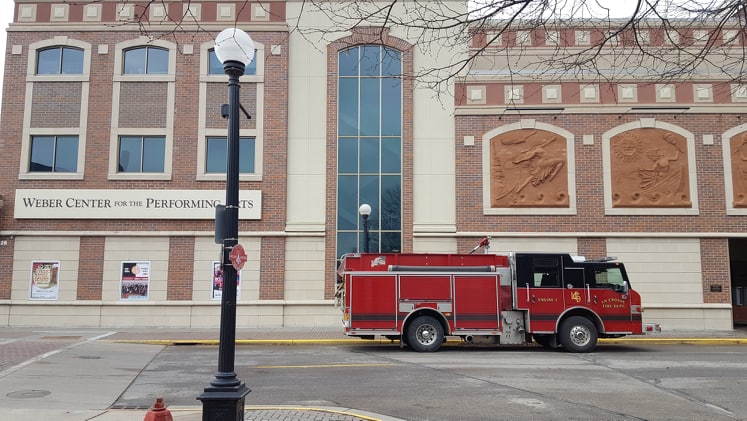 The Weber Center will get a break from the city of La Crosse on paying fees for city services, following a year of being closed because of COVID-19.

With just one dissenting vote, the city council has decided to cut a $27,000 fee for the performing arts center in half.

The last time the Weber welcomed a paying audience for a live show was a year ago this week.

Council member Roger Christians says the center had to lay off staffers, and the remaining staff hopes to have shows later this year in the fall.

Last week, the council was urged not to let the Weber Center off the hook for that yearly fee.

Christians says 30,000 people attended programs at the Weber Center in 2019, and that gave a big boost to bars, restaurants, and hotels.

In other council business, failing to shovel a sidewalk during the winter will now be considered nuisance behavior in La Crosse.

The council has approved a plan to include unshoveled walks among chronic nuisances which can leave property owners open to big bills.

Similar nuisances include leaving lots of garbage outdoors, and failing to mow your lawn.