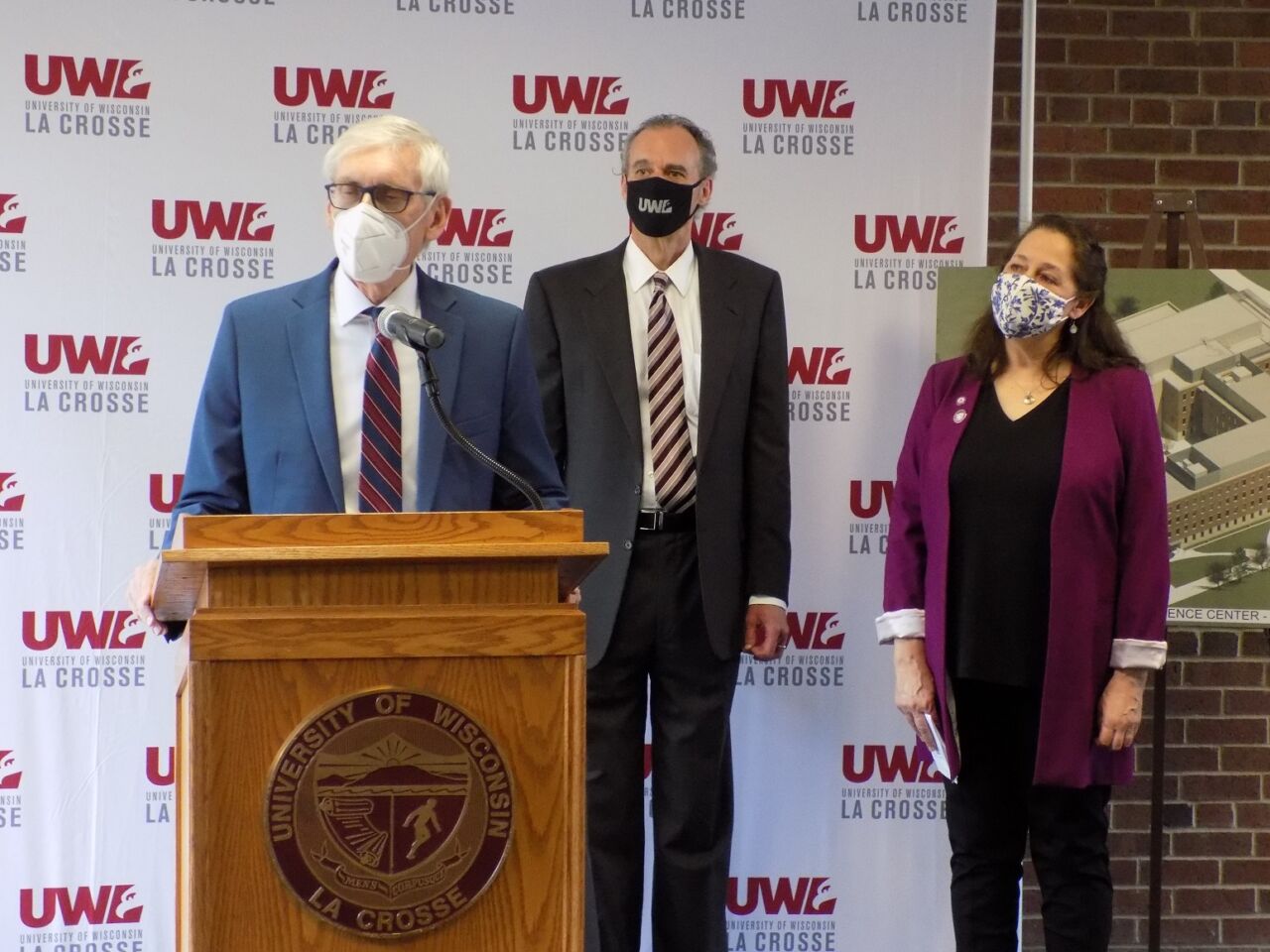 Where are the future doctors, nurses, and other medical professionals for western Wisconsin coming from?

Many of them might study at UW-La Crosse, which could attract more students with another science building being proposed for the campus.

Gundersen CEO Scott Rathgaber said science training will help “to provide the next generation of health care professionals for Wisconsin, in Wisconsin, keeping our talent here.” more workers for the local medical centers.

Evers looked back on his early career, as a science teacher.

“I had probably better facilities in 1969 in Plymouth (Wisconsin) High School than I see on our University of Wisconsin campuses.”

Evers says the state can afford the project, anticipating possible resistance from the Republican-led legislature.