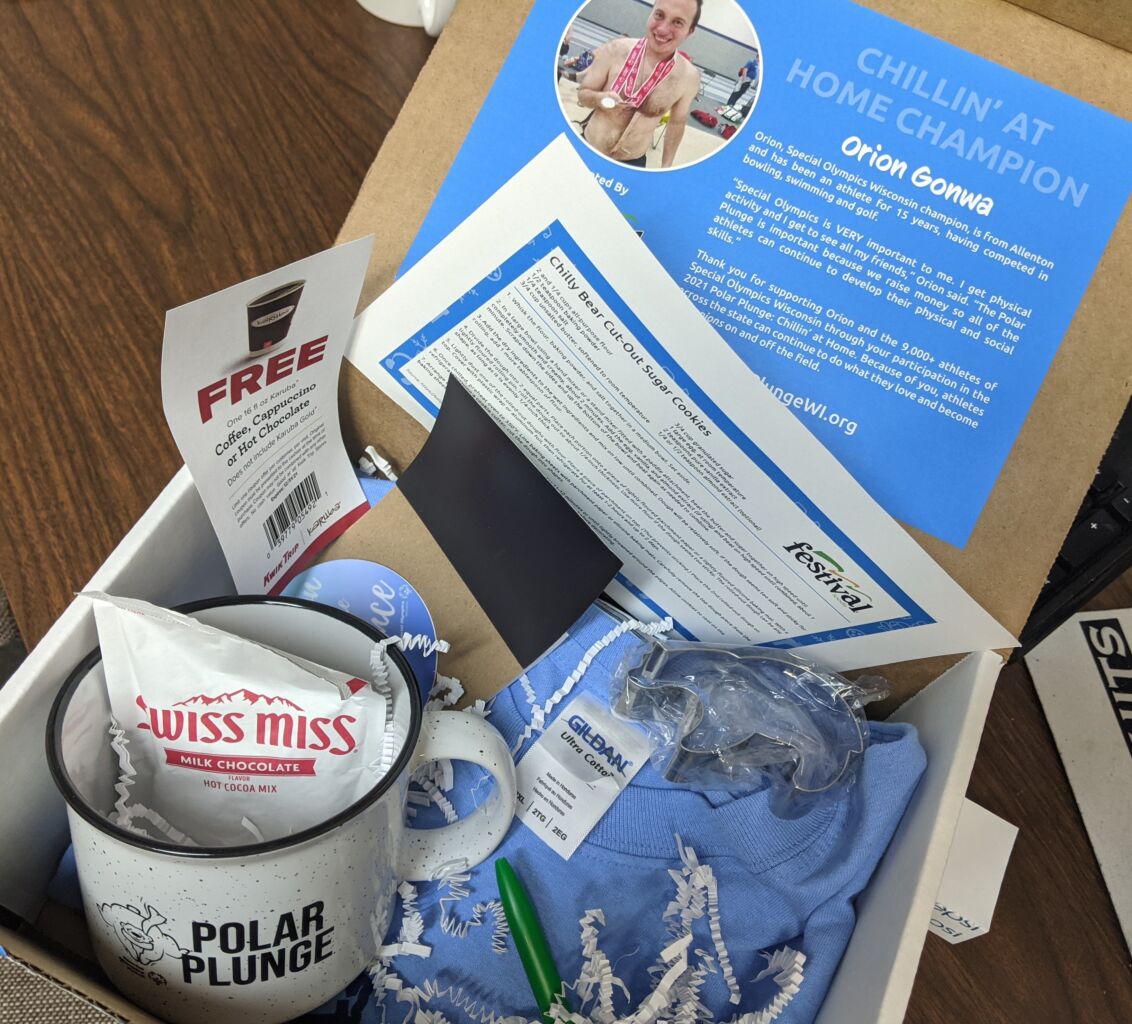 In a typical year, Kerry Gloede would have been organizing an event for hundreds of people to take the Polar Plunge at Black River Beach in La Crosse. Because of COVID-19, the nonprofit shifted gears and offered two new options.

Gloede was still at the Black River Beach Neighborhood Center Thursday to hand out Cozy Kits for those who accepted the 2021 Polar Plunge Chillin’ at Home challenge.

“People could fundraise, pick up a cozy kit, and do something outdoors,” she explained. “We asked participants to post it on Facebook or on the website to share with people how they plunge this year at home on their own.”

The other opportunity was to join The Great Outdoors Feb. 28 at the Whitetail Ridge Ski Area for a night of tubing or cardboard races in support of Special Olympics Wisconsin.

“We’re really excited about that option,” Gloede said. “Instead of plunging in the water, we’re plunging down a hill. It looks different this year, but still helps raise money for our athletes.”

Just in the La Crosse area, there are more than 300 Special Olympic athletes who too have been spending extra time at home because of COVID-19.

“This support is more important than ever,” Gloede said. “We really want to see our athletes get out on the playing field again, so the funds are really important especially since our Polar Plunge event last year was the last major event Special Olympic could hold to raise money.”