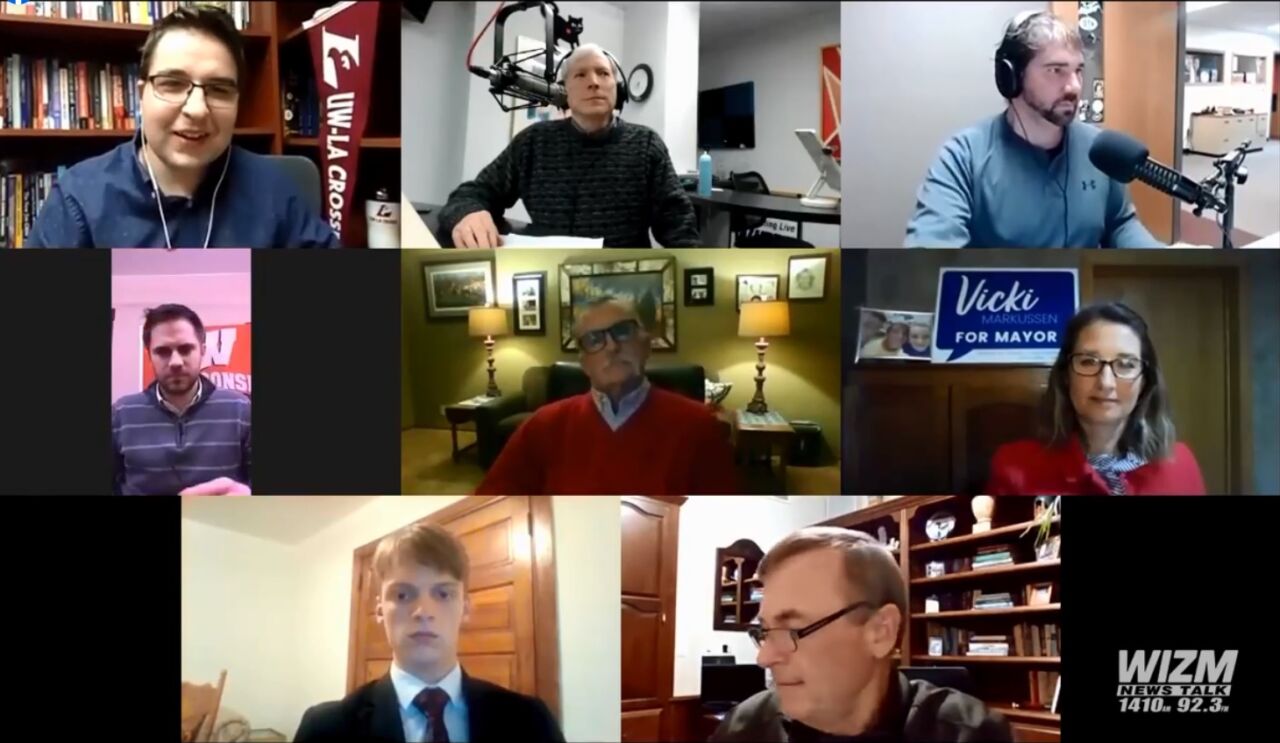 The February primary to cut La Crosse’s mayoral candidates from 10 to two is quickly approaching.

The candidates were split randomly into two groups to get to know them better.

Those debates can be seen below or, if you have a ROKU or Apple TV, just search the Around River City channel.

To get to know the candidates better and see each of their websites, click here.

Absentee ballots can be requested through Feb. 11, but still must be received in the election office by 8 p.m. on election day, Feb. 16.

There is a green drop box on the north side of city hall for those ballots. But they must be dropped off by 5 p.m. Feb. 16.

Ballots can also be walked into the election office Feb. 16 until 8 p.m.

For more information go to the city’s page here or MyVote.Wi.Gov.