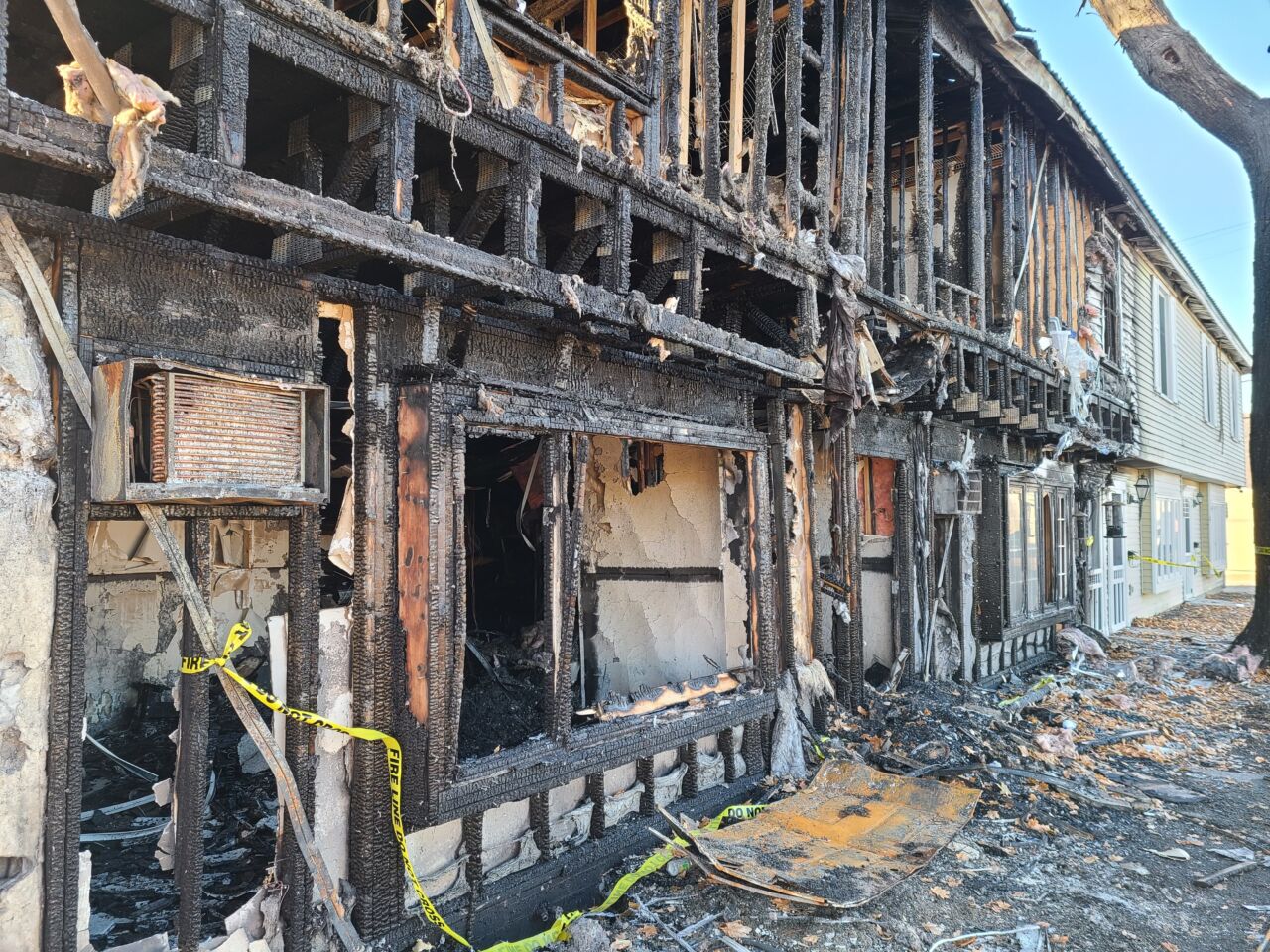 A full engulfed apartment fire. High winds. And right in downtown La Crescent, next to the library and city hall.

That was the scene Monday night for the La Crescent Fire Department. Then it almost got worse.

“As our first apparatus rolled, we got a second fire call,” Fire Captain Shane Eastman said. “And we paged out mutual aid for Hokah to take care of that fire.

“It turned out to be a simple grill fire that the homeowner put out. But simultaneous fire calls like that are a little bit nerve-wracking.”

Twelve people now without a home in La Crescent has the community looking for ways to help. A drive-by event from 10 a.m. – 2 p.m. Saturday is one way to do that, where people are encouraged to drop off gift cards or a monetary donation at 336 S 1st St, La Crescent, MN 55947 (map link). More info can be found at the Facebook event page here.

Luckily — if there were ever such a case — the fire was next to the fire department, as well. Eastman said it was the worst fire they’ve had since, probably, 2007.

“Fully engulfed at the time, in the high winds, trying to knock it down so it didn’t engulf the rest of the building,” Eastman said of the apartment when they got there. “We even had concerns that it would go into our exposures — in the library, City Hall, that area.”

Eastman said the eight-unit apartment fire took about three hours to put out. It displaced 12 people, but nobody was hurt.

There were 40 firefighters from Campbell, Dakota, Nodine and Hokah that helped out.

How it started is still under investigation.