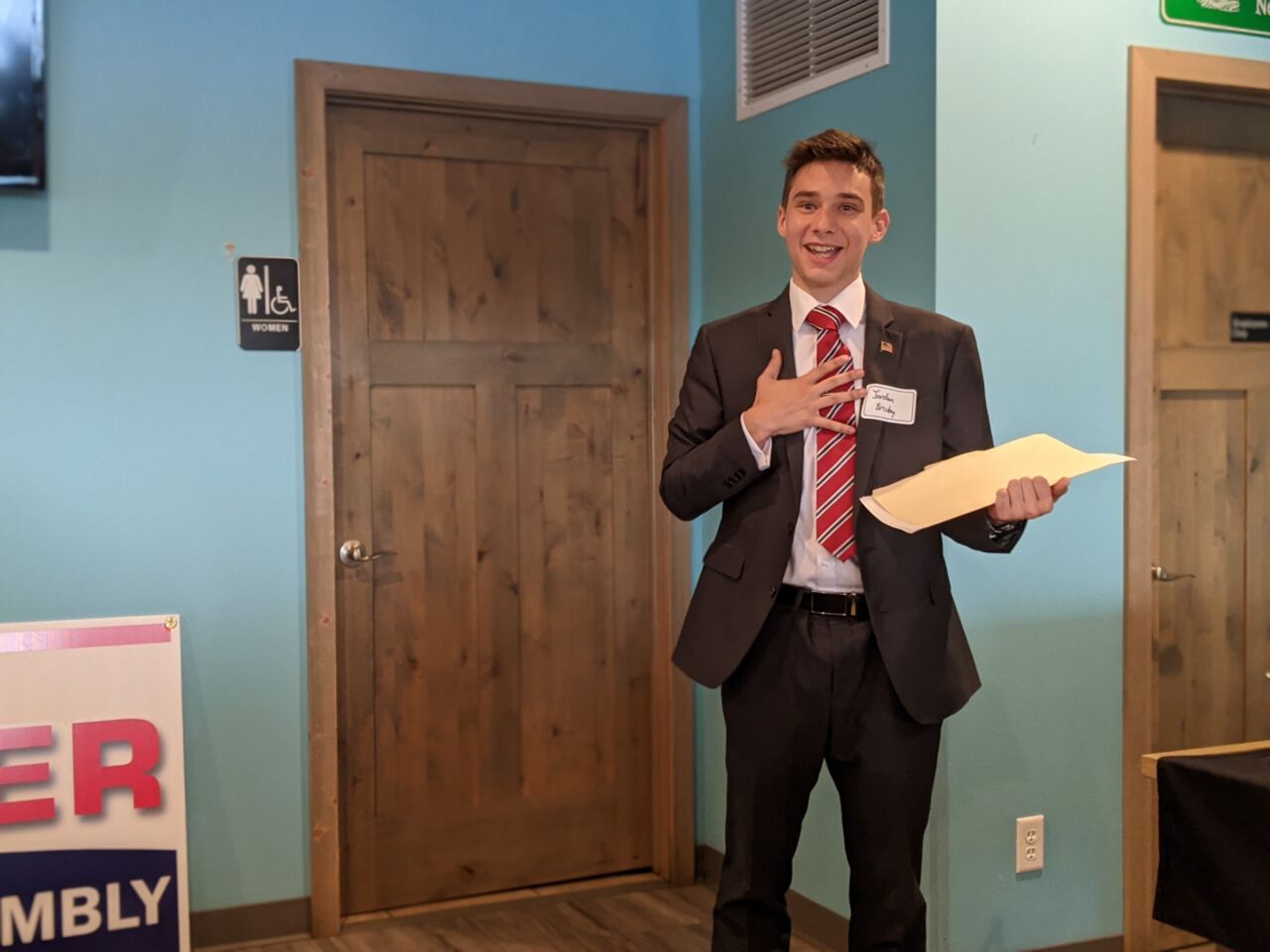 Jordan Briskey speaks of his effort to raise $400,000 for a Vietnam War Memorial in La Crosse.

An idea more than four years in the making continues thanks to the passion of an 18-year-old Holmen man.

It all started on Memorial Day in 2016. Jordan Briskey asked his grandmother who lived in La Crosse if she knew of any Vietman War memorials in the city. She was not aware of any, and a quick search online showed there was a need to recognize those who served in the Vietnam era.

“I called the La Crosse Park and Rec. Department,” Briskey said. “They said they didn’t have anything, but they brought me in because they were interested in my ideas.”

Briskey was able to create a 501(c)(3) nonprofit through the Holmen Area Foundation to raise money. The idea is to build the memorial at Veterans Freedom Park in La Crosse.

“They have plenty of memorials out there, but I think the Vietnam Memorial is important,” Briskey said. “Some came home mistreated, not like other veterans.”

Although Briskey himself does not have any military family, he wanted to make sure there was respect for all who have served.

“I’m just blessed to be living in the greatest country on earth where we are able to go to school. We are able to have free speech and freedom of religion. Many other countries do not have that,” he said.

“We still have quite a long ways to go,” he said. “Hopefully, people in Wisconsin can help out.”

Briskey and other volunteers post updates on Facebook and offer more information online including how to donate.