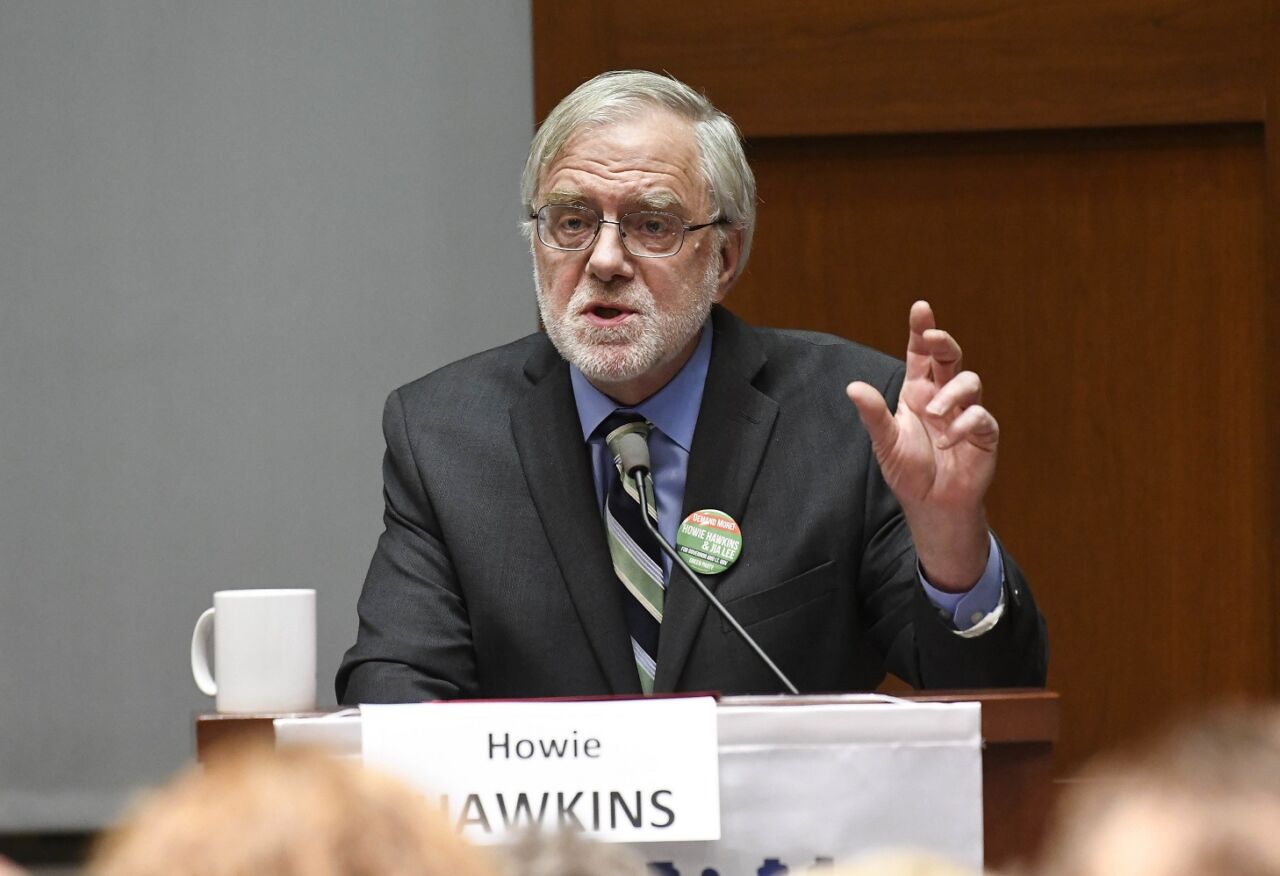 MADISON, Wis. (AP) — A Republican member of the Wisconsin Elections Commission advised a Green Party representative about who to hire as an attorney after its presidential nominee was denied ballot access in the key battleground state, records obtained by The Associated Press show.

The commission deadlocked 3-3 Aug. 20 on whether to put Green Party presidential candidate Howie Hawkins on the ballot. All three Republicans were in favor, while all three Democrats were against.

Hawkins asked the Wisconsin Supreme Court to put him on, but the court in a 4-3 ruling Monday rejected that request. The court also lifted an order it issued last week pausing the mailing of absentee ballots while it considered the challenge.

The email string obtained Monday by the AP under an open records request shows that commission member Bob Spindell emailed Kevin Zeese, then-press secretary for Hawkins, less than 24 hours after the commission voted to keep him off the ballot. Zeese died of a heart attack at age 64 on Sept. 5, the Green Party announced on Sept. 6.

Spindell, a Republican who supported putting Hawkins on the ballot, wrote to Zeese that he was “very sorry. but not surprised, the three Democrat Commissioners fought hard to keep the Green Party off the Ballot.”

“The Democrat Party obviously believes this action would push your members to vote for Biden — if they could not vote for their own Green Party Candidates,” Spindell wrote.

In response to the Spindell email, Zeese asked if he could recommend a “good lawyer to handle the case.” Spindell had suggested during the commission’s discussion about putting Hawkins on the ballot that the issue may need to be considered in court.

Spindell said Tuesday that he recommended two attorneys. One was Michael Maistelman, who worked with the Democratic Party in a challenge to the candidacy of rapper Kanye West, and the other was Andrew Phillips.

When the Green Party filed its lawsuit on Sept. 3, Phillips was one of its attorneys.

Phillips has ties to Wisconsin Republicans. He was hired last year by Republicans on the Legislature’s budget committee in a battle they were having with Democratic Attorney General Josh Kaul over how to handle court settlements.

Mark Thomsen, one of the commission’s three Democratic members, said Spindell has the right to call anyone he likes.

“Do I take personal offense? No,” Thomsen said. “Do I think it was unethical No? Do I think it was prudent? No. But what is very clear is that the Green party relied on Republican Party recommendations for launching their belated attack on the commission decision.”

Spindell said Tuesday that he had no regrets and he had done nothing wrong and that it was an “injustice” for the commission to keep Hawkins off the ballot.

“If I think some of the decisions on the Elections Commission are wrong, I’m not going to keep my mouth shut,” Spindell said. “I’m going to tell people about it. I think it’s my obligation to the citizens of Wisconsin to do that.”

Spindell, in his email to Zeese, requested more information about the issue that kept Hawkins off the ballot in Wisconsin — the address put on nomination papers by his vice presidential candidate Angela Walker. He asked whether Walker lived at one of the addresses and if so when she had moved from the other address.

“I am curious, (only personally — not as a member of the Commission),” Spindell wrote. “You certainly do not need to provide me with those two answers — but if you want, and it will not interfere with your possible lawsuit, I would sure like to know.”

Hawkins campaign spokesman Robert Smith said that the campaign manager got no referrals for attorneys and instead “reached out to law firms simply by searching Google.”

“The campaign would have welcomed a progressive-leaning law firm,” Smith said. “Many did not give the courtesy to reply. With time against us, we went with what we got.”