LISTEN: In midst of dedication at La Crosse fire station, crash is heard, as truck rolls over a block away

After ceremony interrupted by vehicle rollover, new La Crosse fire truck dedicated to fireman who died on duty in '57

5-year city spending plan up for debate in La Crosse 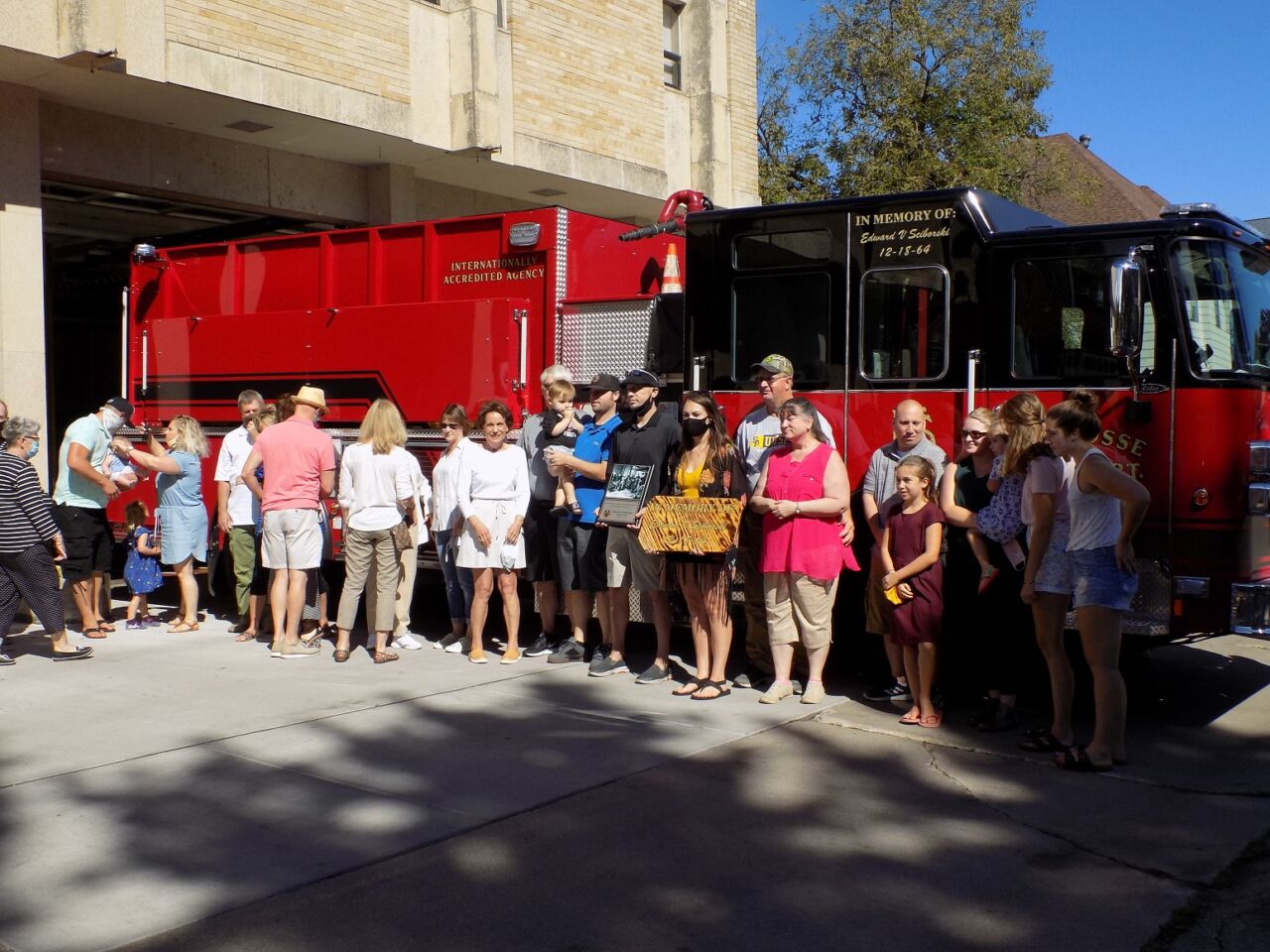 The arrival of a new fire truck is a cause for celebration by La Crosse’s Fire Department.

The new truck can carry 2000 gallons of water, and replaces a 25-year-old engine and a 35-year-old “water tender.”

Engine 10 is dedicated to the memory of Assistant Fire Chief Ed Sciborski, who died in December of 1964 from severe burns, days after falling into a pit filled with boiling water while running through a cloud of steam.

At the ceremony, retired firefighter Bill Knobloch described how he was running next to Sciborski in responding to the rupture of an underground pipe when Sciborski disappeared into the hole.

The accident happened in the alley behind the old Henry’s Drive-In on King Street, now the location of Pizza Doctors.

Sciborski’s daughter Cindy also spoke on Saturday, and was joined by many other family members at the dedication.

La Crosse Mayor Tim Kabat spoke of how the community shows love and support for the fire department.