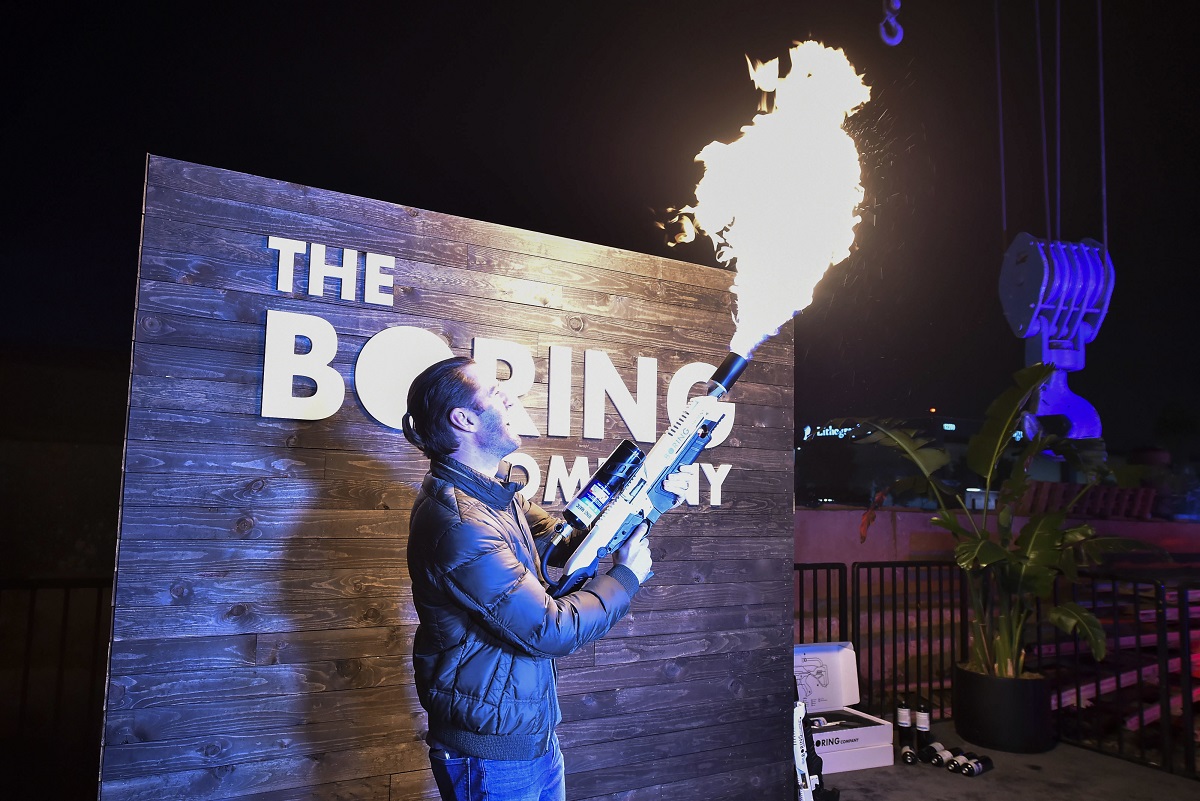 FILE - An attendee operates a Boring Company flamethrower at the company's photo booth during an unveiling event for the Boring Co. Hawthorne test tunnel in Hawthorne, Calif., on Tuesday, Dec. 18, 2018. (Robyn Beck/Pool Photo via AP)

A few weeks ago, the Campbell Police Department confiscated, what the public would generally call, a “flamethrower,” as part of a drug bust.

Like a saga, where you cannot miss an episode, the topic made multiple segments on La Crosse Talk PM, which tackles only the hardest topics in the city, if not the world.

Campbell Police’s bust turned up six pounds of hi-grade marijuana, two pounds of Butane Hash Oil, more than 200 packages of THC edibles, cocaine, along with three AR-15s with several high-capacity magazines, hundreds of rounds of ammunition, a .270 caliber rifle, $11,000 cash and, of course, the “flamethrower.”

“That would be kind of cool,” Abraham said of using one, but, “I’m not up to snuff on all the flamethrower laws. It’s just something we don’t run across the lot. I didn’t really get to see that particular unit to know what its capabilities were.”

As for having a “flamethrower” in lockup, Abraham didn’t go as far as to say they do get things like that out test them, but he walked the line enough so as to not admit guilt.

“Ahh, I would highly recommend against that,” Abraham said, who’s been with the city’s police department for 29 years.

Having been apprised of the ongoing conversation, City of La Crosse Fire Chief Ken Gilliam did text into the show while Abraham was being interrogated on flamethrowers.

“I highly doubt Fleet Farm sells flamethrowers,” Gilliam joked, and then began texting in the third person. “The Fire Chief of La Crosse does not recommend flamethrowers for weeds, nor machine guns for varmint control.”

Gilliam was mistaken, though — to a degree. First, by a listener who was live texting from Blain’s Farm and Fleet, while, apparently, looking at the “flamethrowers.”

Gilliam also performed some personal research and, a week later, was on La Crosse Talk PM did a complete 180.

“They’re legal, they’re out there, they’re not flamethrowers though. They’re more of a high-end torch,” Gilliam said. “I think when you say the word ‘flamethrower,’ probably the majority of us picture some old war movie, where they’re shooting flames from your house across the street to the neighbor’s house, and causing some problems.”

What Gilliam likely saw versus what Campbell confiscated are two different things, however. Blain’s appears to sell, what it calls a “100,000 BTU Vapor Torch Kit for Homeowners.”

It looks as though Campbell’s P.D. confiscated one of Elon Musk’s “Boring Company” flamethrowers.

“I don’t know, I might get one for some weed control,” he said. “I’ll have to go look at them a little bit more.”

Gilliam also made clear that would be a personal endeavor, not something through the city.

“Certainly there’s a little belt-tightening going on for all of society right now, so I don’t think we’ve got a very deep research and development, to where I can just be buying a flamethrower or a propane torch,” he said.

The Fire Chief, who appears once a month on the show, promises an update come September. It’s unknown whether he will contact Campbell Police, though, to check out the confiscated Musk flamethrower.

–While these conversations did happen, they were made in a joking matter. This article was written to be humorous and sarcastic.